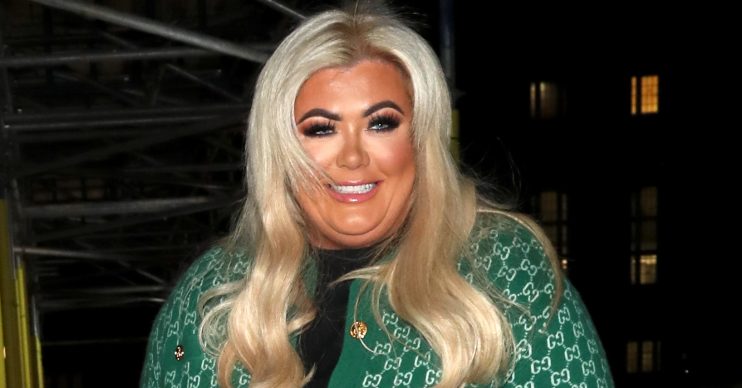 The 39-year-old reality star spotted the 31-year-old singer’s slender figure following her seven stone weight loss, and now she is ready to hit the gym.

Posting a video on her Instagram at the gym, Gemma said: “So when the going gets tough, the tough gets going. I’ve seen Adele this morning and she looks absolutely fantastic.

I’m obsessed 🙌🏻 some motivation for you all if anyone is struggling just do it an hour a day !!! #excercisedaily THANKYOU @elomilingerie for my sports bra it’s fantastic 💫 NO FILTER NO EDIT ✌🏻

“I’m doing a boxing class today. I’m trying to get the curves ready for the summer.”

She captioned the video: “I’m obsessed, some motivation for you all if anyone is struggling just do it an hour a day !!! (sic)”

The Someone Like You hitmaker revealed her jaw-dropping transformation was down to a strict diet of intaking no more than 1,000 calories a day, and the ‘Diva’ star is making sure she holds back on her own eating habits.

When she was offered a slice of chocolate dessert, Gemma replied: “No brownies dear, I bet Adele isn’t eating brownies.”

Many of Gemma’s star-studded friends took the comments to praise her for her effort and show their support.

Her ex-boyfriend Charlie King was among the stars, writing: “Do ya know how proud I am of you. You’re gonna smash this.”

What’s more, the blonde beauty was recently compared to a Kardashian after unveiling a new very short haircut.

She revealed the dramatic transformation last week (06.02.20) on Instagram, and received huge amounts of applause for her new look.

Several fans reckoned she looked like a member of America’s most famous family, branding her “Khloe Kardashian U.K.”.

We both tried to ruin Christmas but then both our hearts grew! Thank you for coming to my party and making us feel like kids Grinch 💚 Merry Christmas and Happy Holidays everyone x

Another agreed: “OMG you have a look of Khloe Kardashian.”

The next day, Gemma took to Instagram again to share snippets of the positive press she received from her new do.

She wrote: “Waking up to lovely press this morning thank you for all your lovely comments with the FULL MOON APPROACHING change is good… full moon this sunday !!!!!

“Get ready for lots of change (sic).”