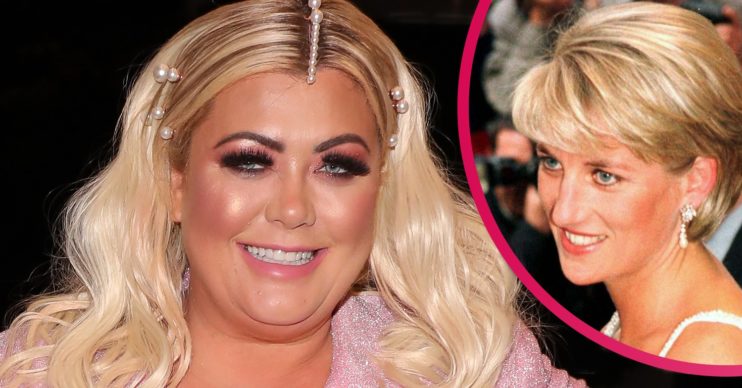 She's done with being the GC!

Gemma Collins says she wants to be more like Princess Diana once she hits the big 40 next year.

The reality star, 39, says she is ready to retire her ‘GC’ diva image and instead be more like the late Princess Di.

And she says she’s inspired after binge watching the latest series of The Crown on Netflix while in lockdown.

Speaking to the Mail Online, Gemma gushed: “I have been watching The Crown recently and Princess Diana, I know she was a princess and I’m not, I’m a Romford girl, but she has done some amazing projects.

“There are still some countries that don’t have water, what’s that all about?

Why does Gemma Collins want to change?

“I want to concentrate on that side of things, more things that are important and less of the razzle-dazzle.”

Elsewhere in her candid interview, she says she created the ‘GC’ persona as a way of hiding her true self.

After being cruelly called the ‘fat one’ on The Only Way Is Essex she says creating an alter ego helped her get over the name calling.

But since spending so much time alone in lockdown, she is now completely at peace with herself.

Despite the pandemic, she managed to film a successful ITV2 reality series, Diva In Lockdown.

And she’s continued to host her very popular BBC podcast.

She’s also hawked various Gemma Collins themed goods on her official website and even launched her own gin liqueur.

What’s more, she’s also just recorded a hit song with none other than Darren Day.

The pair hit it off back in 2016 when they were both in the Celebrity Big Brother house.

She famously shouted at him: “I’m claustrophobic Darren!”

And now, they’ve teamed up for a charity single. Their cover of the classic Baby It’s Cold Outside is being used to raise funds for the mental health charity ReThink.

Addressing her some two million Instagram followers, she penned: “I wanted to do something fun and fabulous for you all for charity as it’s been a tough year for all, I hope this spreads some cheer and warmth in your hearts.”