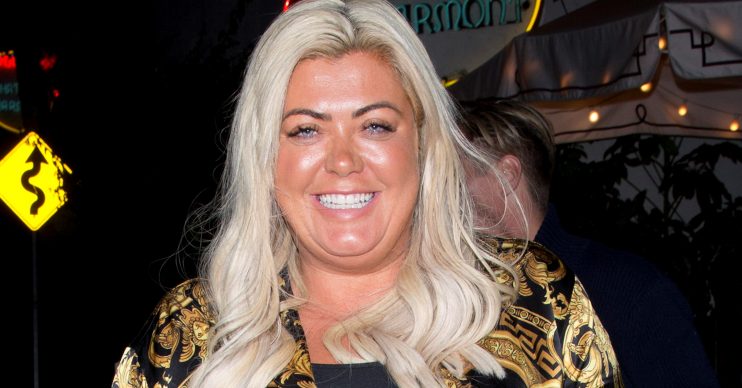 Gemma Collins is planning on getting the “fat sucked out” of her face by a top cosmetic surgeon, whose clients include “real stars, not Insta stars”.

Accompanied by her pal Jonathan Cheban, Gemma shared a video of her appointment with Dr Simon Ourian, said to be the Kardashian family’s favourite surgeon.

Giving fans an insight into what she would like done at the clinic, Gemma revealed: “I need this fat sucked out my face pronto.”

She added: “I’ve just lost two-and-a-half stone but the face don’t get any thinner.”

Dr Ourian revealed that he didn’t actually know how much two-and-a-half stone was, but told Gemma he was sure that it was “a lot of weight”.

Gemma’s surgery plans come after it was reported that she had visited two UK surgeons to discuss plans for a breast lift.

Gemma has been living her best life since landing in Los Angeles, where she is filming her new reality TV show.

As well as being shown all the sights – from the comfort of a convertible Rolls-Royce – by her pal Jonathan, she has also met up with her Dancing On Ice pal Matt Evers for dinner.

Dressed in a flamboyant Versace suit, Gemma was pictured outside Chateau Marmont with Matt and fellow Dancing On Ice contestant Melody Thornton.

The star has also been spotted at the Beverly Wiltshire, where Pretty Woman was filmed, the Hollywood Walk Of Fame and Rodeo Drive, as well as being visited by a diamond specialist.

The trip comes after a tough few weeks for TV favourite Gemma. She recently split from her on/off boyfriend James “Arg” Argent after a reported bust up.

He told This Morning he was “taking a bit of time off to focus on myself, get back to where I want to be”, but added that “adores” Gemma and loves her “dearly”.

What do you think of Gemma’s surgery plans? Head over to our Facebook page @EntertainmentDailyFix and let us know!