Gemma Collins has impressed her social media followers with some dazzling bikini pics.

The reality star showed off her stunning figure in a strapless bikini on Instagram on Thursday (July 30).

According to reports, she has lost three stone over the last year.

The 39-year-old is enjoying a break in Mykonos, Greece and struck a defiant pose as she soaked up the sun. And despite recent reports of love woes, Gemma captioned her snap with an uplifting message about self love.

She wrote about overcoming obstacles as she urged her followers to find strength from within.

You have to believe in yourself when no one else does.

"Today is SO LIBERATING for me," Gemma said.

"This was all a process that started with one thing learning to SELF LOVE.

Read more: This Morning fans beg 'boring' show to get some new faces

"You have to believe in yourself when no one else does. STRENGTH does not come from what you CAN DO.

"It comes from over coming the things you ONCE THOUGHT YOU COULDN’T."

The TOWIE star also namechecked her holiday mate Charlie King for taking the photos of her in her orange two-piece.

It is reported they have been staying at the luxurious Cave Pool Suite. 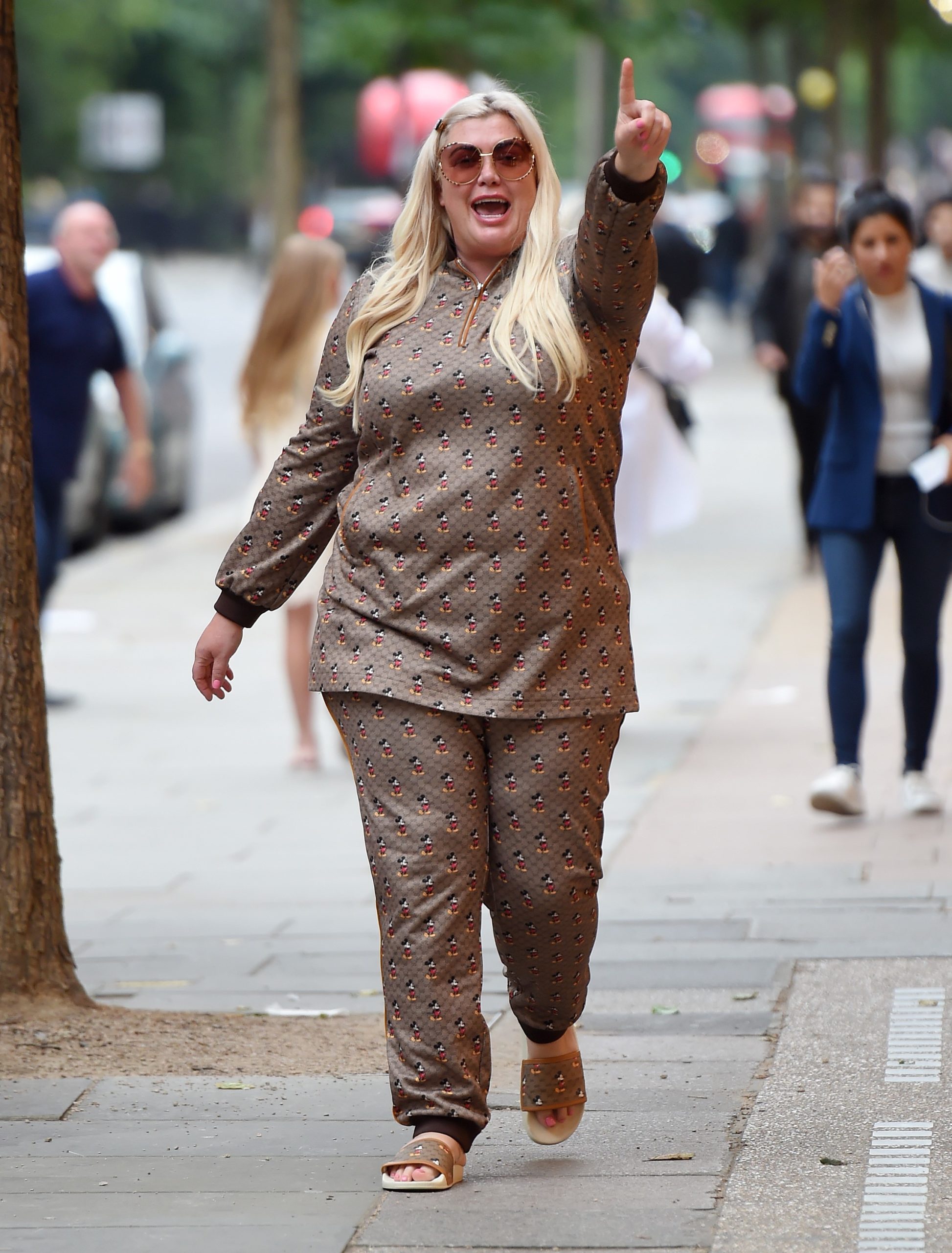 Gemma Collins has been enjoying a holiday abroad (Credit: SplashNews.com)

"Thank you to Charlie for taking these he was sweating in the heat," she added.

He replied in the post’s comments section: "Seeing you shine, empowered, free and liberated is SO SO worth the sweat to get these shots!"

Fans were also delighted to see a confident Gemma looking so well.

"This is so inspiring for me to see! You look so amazing, well done!" remarked one follower.

"You are an inspiration and looking good too," wrote another.

And a third added: "Wow you look stunning."

Another enthusiastic supporter continued: "Icon, inspiration, activist and all round amazing energy!"

"This is inspiration for men too!" added another follower.

"Love this and love you for this! Be proud be free!"

It is believed Gemma and on-off boyfriend James Argent recently broke up following claims he wanted an "open relationship".

She also revealed he'd called her a "hippo" during a text exchange.

A source told The Sun: "Gemma is completely shocked and has been left absolutely heartbroken, especially after sticking by him for so long."

Gemma Collins The Only Way is Essex Towie weight loss