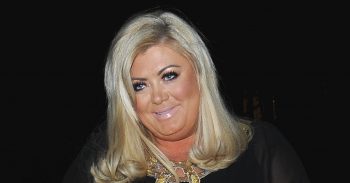 It comes as the pair reportedly split... again

Gemma Collins once accused ex-boyfriend James Argent of never loving her the way he did ex Lydia Bright.

The on-off TOWIE stars are said to have split once again, with reports suggesting they had a row over Arg’s recent weight gain.

They also called it quits just days after Arg was spotted laughing and joking with ex Lydia at the ITV studios, where he made his presenting debut for Good Morning Britain.

The pair dated on and off for seven years before splitting for good in 2016.

And in unearthed footage from her solo reality show Diva Espana, shot in August, Gemma can be seen airing her insecurities about Arg and his ex.

Gemma travelled to Spain to be with Arg, but he apparently wanted some time on his own.

Claiming he hadn’t been treating her well, the reality TV star sobbed as she admitted she doesn’t think Arg has ever loved her as much as he loved Lydia.

Just touched down in London Town, back in the big smoke. My Starbucks on Regent Street doesn’t quite compare to yesterday’s. ☕️ Head to toe in @primark AD

“He doesn’t care that I’m his girlfriend… and the fact that someone says to me, does it hurt that I’ll never love you like I loved my ex-girlfriend,” Gemma says.

“Like, it took me to go out in a yacht to talk this through. I ain’t [bleeping] about here… I’m not living another day in this circus . His circus.”

Gemma, 38, and Arg, 31, got together a year after he split from Lydia, who is thought to be single after recently splitting from her boyfriend Lee Cronin following two years together.

Meanwhile, it’s been reported that Gemma and Arg’s most recent fall out was down to his weight gain.

According to The Sun, the pair had a huge fight in which Gemma branded Arg an “embarrassment” and blocked his phone number.

ED! has contacted reps for Arg and Gemma for comment.