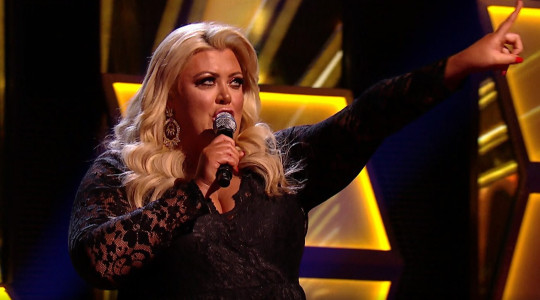 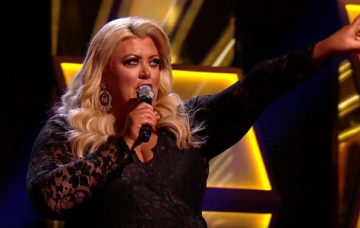 Gemma Collins wows viewers of All Together Now Celebrities

The girl can sing!

Gemma Collins is queen of reality TV, but she’s not know for having any actual talent… she quit I’m A Celeb and sank on Splash.

She’s currently in training for Dancing On Ice and has promised she will make her critics eat their cruel words.

But she won’t have to wait until the new year for her haters to eat humble pie.

The TOWIE star appeared on the Christmas special of All Together Now and general consensus is that she smashed it as a singer.

She ended up in the final three!

Gemma Collins absolutely aced that rendition of Big Spender. That was the best TV moment of 2018. Yassss @missgemcollins! #AllTogetherNow

When it turns out Gemma Collins can sing #alltogethernow pic.twitter.com/CATIlMaz1m

We all knew that Arg could croon like a good ‘un, but Gemma Collins?? Wow! Best one for me tonight on #AllTogetherNowCelebrities!! (Followed by Amber) #AllTogetherNow

When did Gemma Collins get great at singing? #AllTogetherNow

Meanwhile, Gemma said performing for “queen” Geri Horner on All Together Now Celebrities would “go down in history for me”.

She was one of nine famous contestants who appeared in a one-off episode of the BBC’s musical show, which sees singers perform for a panel of 100 musical experts.

Read more: Holly and Phil have a Christmas message for fans

Gemma, who cites Dolly Parton, Whitney Houston, Mariah Carey and “all the divas” as her musical inspirations, is a huge fan of Geri – who changed her name from Halliwell after getting married.

She said: “To sing in front of Geri, Ginger Spice, this is a moment that will go down in history for me, she is a real legend, she’s a queen, like, she’s Geri Halliwell.

“Oh my God, if Ginger Spice stands up for me tonight I’m gonna cry my eyes out, from now until forevermore with happiness.

“Like, no one gets how much I love her.”

The GC revealed she once dressed up as Ginger Spice because she was such a fan. Geri presented the celebrity edition alongside stand-up comic Rob Beckett.

All Together Now Celebrities is available on BBC iPlayer, if you missed the broadcast on Christmas Eve.