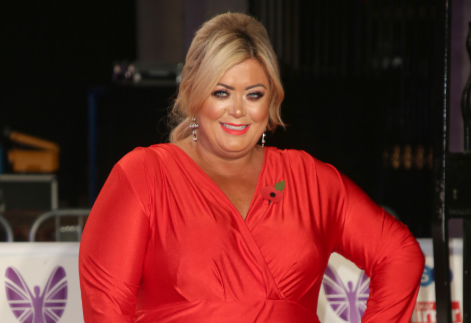 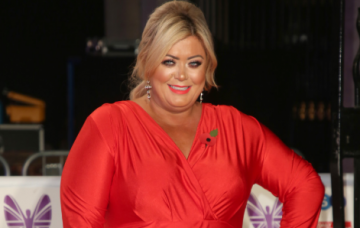 Gemma Collins looked sensational at Monday night’s Pride of Britain Awards after recently revealing she’s dropped a dress size thanks to training for Dancing On Ice.

The TOWIE star, 37, hit the red carpet as she attended the star-studded event at the Grosvenor House hotel in London.

Gemma, who is taking part in the skating competition next year, looked incredible in a vibrant red dress with a pair of gold heels, a matching gold clutch bag and red lippy.

Her appearance on the red carpet comes after she revealed she’s already lost a dress size thanks to training for Dancing On Ice.

In an interview with The Sun earlier this month, Gemma said: “I’ve dropped a dress size already. Look, my clothes are falling off me.”

The reality star – who recently spoke about marriage to boyfriend James ‘Arg’ Argent, 32 – also joked: “By Christmas I should have dropped 4 sizes ready for my wedding dress! They are working me hard.

“I’m representing the curvy girls. My clothes are falling off me now, I’m training all the time. I do love it, especially the banter with Richard Blackwood, we all have a laugh.”

Gemma was announced as part of Dancing On Ice’s line-up in September.

The TOWIE star is rumoured to be this year’s highest paid contestant, raking in an estimated £100,000.

Speaking at the Pride of Britain Awards on Monday evening, Gemma revealed she has insured herself before her appearance on the upcoming series.

The reality TV star, who escaped serious injury after she fell through a hole in the stage at the Radio 1 Teen Awards last year, said she is not taking any chances with hurting herself.

She told the Press Association: “I’ve got myself insured so I’m insured for quite a bit so if it did happen then it would sort of be a blessing in disguise.

We got this candy 💅❄ Can Reality Queen Gemma Collins (@gemmacollins1) become an Ice Queen for #DancingOnIce 2019?

“Just in case I damage the body of the GC. I’m not worried so if I was to fall I’ll be all right.”

Gemma added her training was going well, saying: “I’m really enjoying it, it’s two hours’ training a day and despite what everyone is saying I’m having fun.”

Gemma also revealed a fortune teller has predicted she will end up in the top three in the competition.

She told The Mirror at the Pride of Britain: “Well I went to a fortune teller and they said I’ll be in the top three so fingers crossed.”