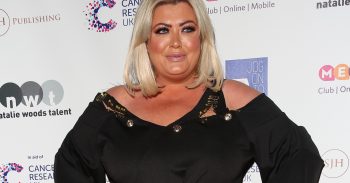 The GC has landed her very own show on ITVBe

Looks like we’re all about to see a lot more of Gemma Collins.

The TOWIE and Dancing on Ice star has shared a first glimpse at her upcoming reality show.

Posing on a small stage before a green screen, her fans were understandably delighted at the news.

One fan wrote: “Oh my god this is going to be gold,” while a second claimed: “Oh my god I CAN’T WAIT.”

A third chimed in with: “Best news ever.”

Other fans applauded Gemma’s slimmed down look. The GC said she lost over two stone since competing on Dancing on Ice.

A fan praised her trimmer look with: “The GC looks so good here,” while another admirer wrote: “You look unreal.”

According to The Sun, Gemma’s new reality show will see her trying to make it over in the US.

Accompanied by her Dancing on Ice partner, American Matt Evers, she is reportedly set to try out the LA lifestyle as well as horse ride out in the Wild West.

She’s also apparently keen to kick her singing career off in the States, and hopes to record with English producer Naughty Boy while she’s out there.

Will you be tuning into the Gemma Collins show? Let us know what you think on our Facebook page @EntertainmentDailyFix.