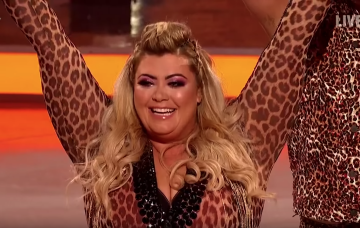 The GC is back for DOI

Gemma Collins is reportedly returning to the rink this week to begin training for the Dancing On Ice finale.

The reality star was eliminated from the hit skating show two weeks ago, making her the fifth celebrity contestant to leave the show.

But she’s not done with skating yet as the Daily Star has claimed she’ll be back for the finale on March 3.

Entertainment Daily has contacted Dancing On Ice reps for comment.

The self-proclaimed diva had a tumultuous time on the show, as she got into spats with judge Jason Gardiner, and suffered several injuries.

After Jason claimed Gemma was lazy in an interview with The Sun, Gemma hit back and accused him of selling stories about her.

The judge denied her allegation and, after Gemma left show, said he was disappointed not to have had an apology from her.

Speaking on ITV’s Lorraine after her departure, he said her failure to apologise showed her “real character”.

“I didn’t know who Gemma was until this series, I had never seen her show so I wasn’t familiar with who she was,” he said.

“It wasn’t personal until it did get personal and she accused me of something really quite libellous. It was disturbing because she never did apologise and that to me shows her real character.”

Gemma addressed the feud during an appearance on This Morning, saying she felt it was important to stand her ground against “body-shaming”.

“I was fine with what he was saying about my skating. But I didn’t like it when he body shamed me and because that hurt me and I felt embarrassed that’s why I attacked back,” she said.  “When he went, ‘we can’t lift you,’ [I thought] we know that Jason.”

She went on to say that it can be hard for plus size women to start exercising, and she wanted to show them they could.

“I did stand my ground with Jason because there are girls out there who are bigger who don’t feel confident going to a gym or starting some form of exercise,” Gemma said.

“I had to show people, do you know what? It is hard, but I’m going to get through this.”

Gemma posted a body-positive message to Instagram this week, sharing a video of herself shimmying in a swimsuit, and proclaiming the importance of finding happiness with the body you have.

Stop wishing for other people’s bodies. Find peace in your own. Just eat food. Eat real food,be active and live your LIFE. Forget all the diet and weight loss NONSENSE. It’s really just that… NONSENSE. 💗💫💗 spreading LOVE and POSITIVITY

“Stop wishing for other people’s bodies. Find peace in your own,” she said. “Just eat food. Eat real food, be active and live your LIFE.

Are you looking forward to seeing Gemma back for the finale? Leave us a comment on our Facebook page @EntertainmentDailyFix and let us know what you think of this story.