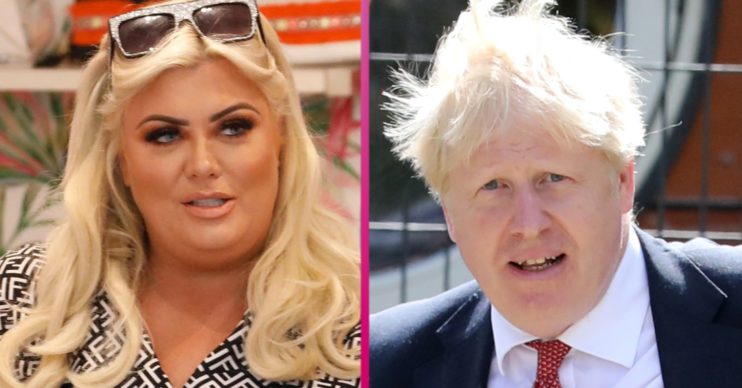 Gemma Collins says she thinks Prime Minister Boris Johnson is a bit of a ‘sort’ now that he’s lost weight.

The PM has reportedly lost at least a stone since suffering from coronavirus earlier this year.

He went on a fitness and diet overhaul after recovering from the virus.

The GC, has also lost a staggering amount of weight.

She says she has lost three stone with the help of Skinny Jab.

Speaking to PlayOJO bingo she praised the £250 a pop hunger suppressant injections.

She also shared her rather surprising admiration for the Prime Minister.

Gemma said: “Boris has lost some weight recently – I saw him on the news the other day with his weight loss and his holiday tan and I thought ‘Boris looks a bit of a sort.'”

She added: “Bless you Boris – losing weight will make anyone feel better.”

The reality star is an ambassador for SkinnyJab and has continually sung their praises.

On an official video for the brand, Gemma says: “I discovered this two years ago – and it has been life changing for me.

The GC says SkinnyJab has changed her life

In addition, Gemma revealed being “fat-shamed” in the past.

The GC continued: “I was shamed, fat-shamed, bullied, I was outcast.

“I just hope that no one is ever made to feel the way I was.

“Yes I am in the public eye. But people would look me up and down and say ‘Well you’ve got a nice face’.

“And I was absolutely sick of it. I was so low. I didn’t know how I was going to get out of the rut.”

But she concluded that things completely turned around after taking SkinnyJab.

She even said viewers will become “free from fat-shaming” and “free to be your true self” if they invest in the hunger suppressant tool.

Kerry Katona is also an ambassador, and credits her svelte new frame to a combination of the jabs and regular workouts.