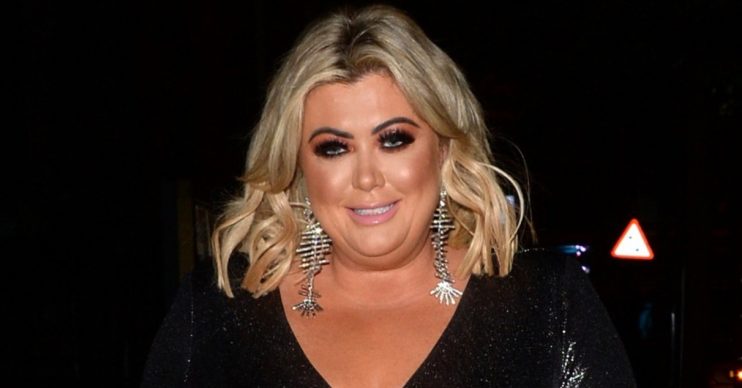 She's generous to her pals

TV’s Gemma Collins acts “like a billionaire” by handing out £40 when she sees her pals.

The 38-year-old reality star is reportedly worth £5 million since rising to fame on The Only Way Is Essex in 2011, and she believes her wealth comes from sending positive messages out into the universe.

Speaking to new! magazine, Gemma said: “I walk around like I’m a billionaire, I believe in the universe, I never worry about money and that’s why money comes to me.”

Since making a name for herself on the ITVBe series, Gemma went on to star in a number of reality shows before landing her own series Diva Forever earlier this year.

I walk around like I’m a billionaire, I believe in the universe.

And she is determined to flash the cash because she likes to treat her nearest and dearest all year round.

She said: “I treat people throughout the year, my mates with children, every time I see them I give them 40 quid, or I go to Amazon and get them a gift – no one goes without.”

Gemma claims a “typical GC gift” is a pair of Gucci earrings costing around £200.

She explained: “Oh, there’s no budget. I’m a big spender and I’m making sure everyone has at least one decent thing. There are some amazing bits about at the moment. You can get a really nice pair of Gucci earrings, which is a typical GC gift, for a couple of hundred quid.”

She said she’s “already bought my mum a Diptyque candle advent calendar” and it “was expensive but she was over the moon with it”.

And Gemma is hopeful her good deeds and practical spending will bring her good karma.

She added she believes “whatever you give in life comes back to you, you give it out, it comes back in other ways” and she’s “given so much to charity this year, I know I’ve got good karma coming as a result”.

I would not be where I am today FACT lol without my parents for obvious reasons UNCONDITIONAL LOVE GUIDANCE and SUPPORT with my career ……. I’m even more happy because my dad took a day out of his business ❤️Merry Christmas everyone my Christmas officially starts today ❤️💋❤️ Christmas message to all ……..Please cherish your loved ones ❤️💋❤️ AND MIRACLES do happen my mum is walking again ❤️💋❤️thank you UNIVERSE ❤️💋❤️ it really is Christmas 🎄

Gemma recently said she would love to be on the Dancing On Ice judging panel.

During an appearance on This Morning, she said: “Would I be on the Dancing On Ice judging panel? Maybe one day.

“Definitely, if I got the call, why not, but you know what it’s like in TV, you have to wait your turn.”