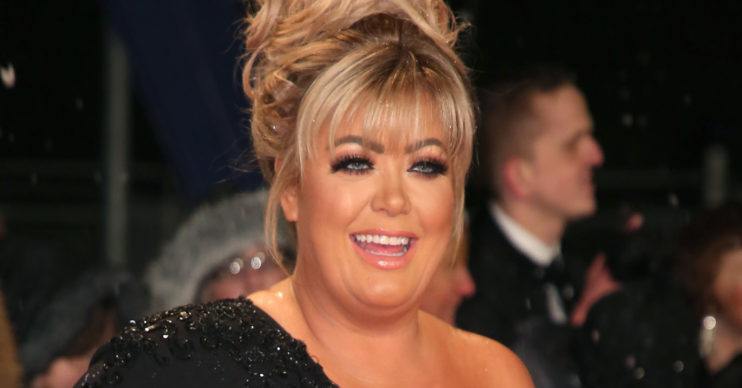 The bullies posted the footage online with cruel comments

TV’s Gemma Collins was devastated when cruel trolls filmed her at the gym and posted the footage online labeling her ‘a fat pig’.

The reality TV star revealed she found the experience ‘really traumatic’ and said that it put her off exercising in public gyms.

Gemma spoke about the horrible experience on the latest edition of her BBC podcast, The Gemma Collins Podcast.

Talking about she stay tries to stay fit now, she said: “I often go for walks but the newest thing I’ve done – and fallen in absolute love with it – is bike riding.

“I bought myself a bike in isolation and a helmet and I love it. It’s built my confidence up because not everyone is confident to exercise.

Gemma went on to explain why she quit working out in gyms after being targeted by trolls.

“I’ve been in gyms before and people have recorded me on their mobile phones and uploaded it on Facebook and said: ‘Look at this fat pig’ which has been really traumatic for me to see,” she said.

Read more: Gemma Collins branded the ‘modern-day Willy Wonka’ as she launches her own chocolate bar

The TOWIE star also spoke about her experience of first finding fame in the reality show.

She said: “When I first became known in public I was sent off to bootcamps.

“I was thrown into all this madness of weight loss and weight gain and I was made to feel ashamed of my body.

It was painful, it was excruciating, it was hell.

“I can remember I lost three and a half stone weight loss. It was painful, it was excruciating, it was hell.

“I had to exercise eight hours a day. It was very tiring, very exhausting. I came away seeing exercise as punishment.”

The brutal weight loss regime left Gemma hating exercise but now she focuses on activities that she enjoys.

She added: “I do like exercising. It makes you feel good and gets the endorphins going.

“So I decided to do low impact exercise and exercise I enjoy.”

Read more: Gemma Collins reveals she’s ‘going to party every day for the rest of my life’ once lockdown lifts

#repost @itvbe ・・・ 🤩 The GC is back for a brand new series #DivaOnLockdown! How is @gemmacollins1 coping with the lockdown? Coming soon to @itvbe

Gemma’s ITVBe reality show, Diva on Lockdown, has been such a hit that fans have called for Gemma to be made prime minister.

Gemma said: “I’m being filmed and I’ve also got the producers speaking in my ear so it sounds as if I’m talking to myself.

“Well, maybe sometimes I am. I can guarantee though, what you see will definitely be 100 per cent authentic GC.

“I hope it cheers you up in these difficult times.”