TV reality Queen Gemma Collins has revealed she's lost a stone in weight after being ill with gastroenteritis, aka infectious diarrhea.

The Dancing On Ice star, 38, shared a string of videos to her Instagram Stories on Wednesday showing herself at a train station as she travelled to Liverpool.

In one clip, she said: "So here I go on my journey to Liverpool. And guys, I've lost a stone in weight.

I've lost a stone and my clothes are hanging off of me.

"I can't express this enough. I've had gastroenteritis."

In the next clip, Gemma is seen standing in the middle of a busy crowd of people getting their trains as she showed off her slimmer figure.

She continued: "Guys, I have never felt so slim in my whole life," as she showed how baggy her clothes were on her.

Gemma added: "I've lost a stone and my clothes are hanging off of me. It's absolute madness.

"I've been sick for a week and I have to say, on this occasion, it's the best thing that's ever happened to me. 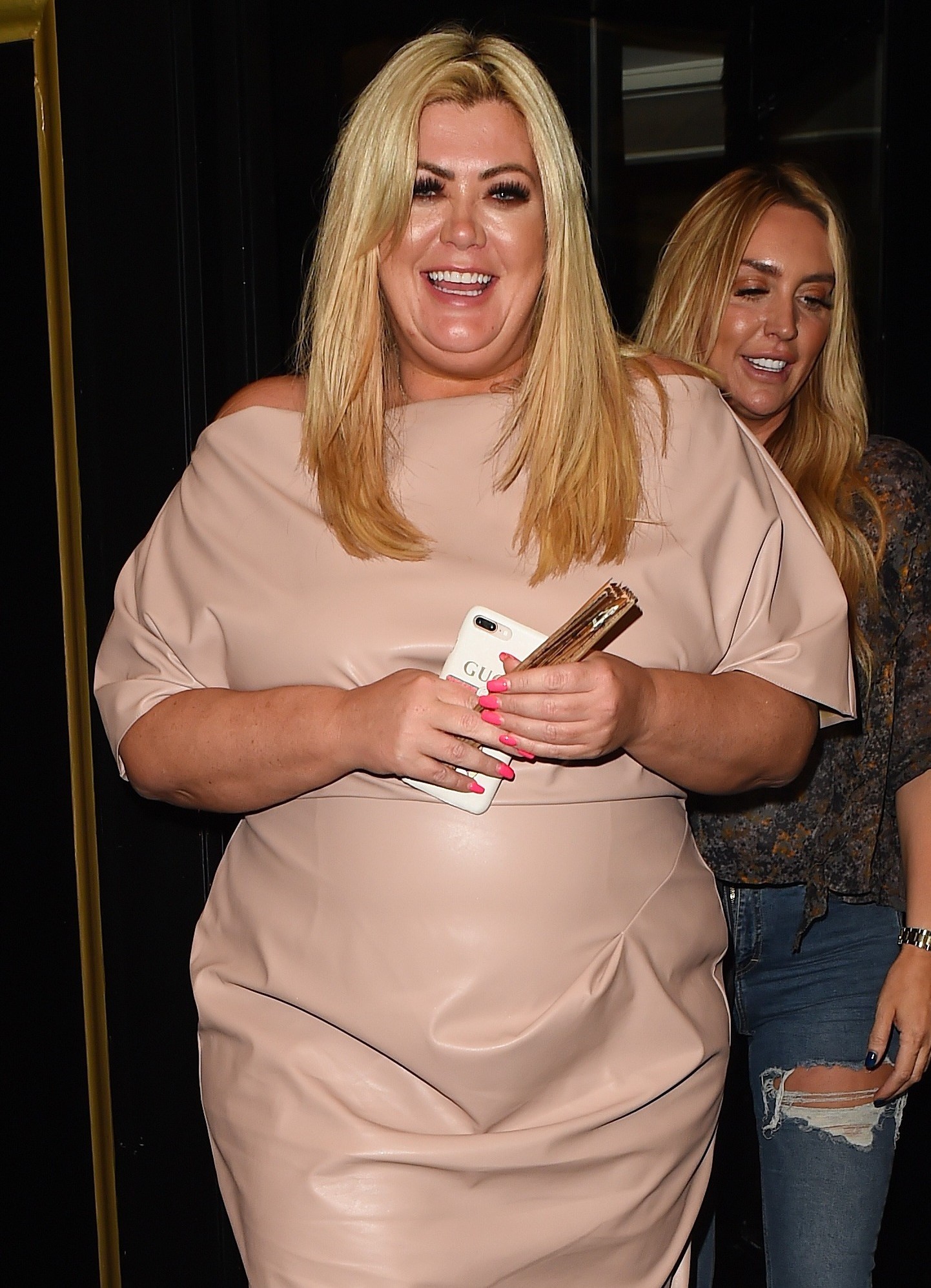 Gemma said she lost a stone from being ill (Credit: Hewitt / SplashNews.com)

"I'm off to St Tropez and I can..." before she gets interrupted by a man on the platform.

She told the camera: "People want to get on the train and I'm doing this."

It comes after Gemma got into a row with a fellow plane passenger during a flight from Athens to Heathrow earlier this summer.

Gemma apparently had her tray down and wanted to rest her head on it but became annoyed when she felt the woman in front was reclining her seat. Gemma got into a row with a fellow plane passenger during a flight from Athens to Heathrow (Credit: Diabolik / SplashNews.com)

One passenger, who witnessed the clash, told the MailOnline that Gemma shouted: "What the [expletive] are you doing, babe?"

The onlooker said the woman replied: "My chair is not reclined."

In footage obtained by the publication, Gemma is heard telling the passenger: "But leave it like that, it is hitting my head and it hurts."

The passenger then responded: "I am not trying..." to which Gemma cut in: "Alright it's fine," before resting her head on her arms.

Read more: Fans beg Gemma Collins to sign up to Strictly as she shows off dance moves

A representative for Gemma told the MailOnline: "All Gemma did was like many passengers do in a busy air plane is ask for someone to be considerate to her.

"It was a gentle request and was in no way a row."

After her trip to Liverpool, Gemma will be travelling to St Tropez for a week-long sun-soaked break.