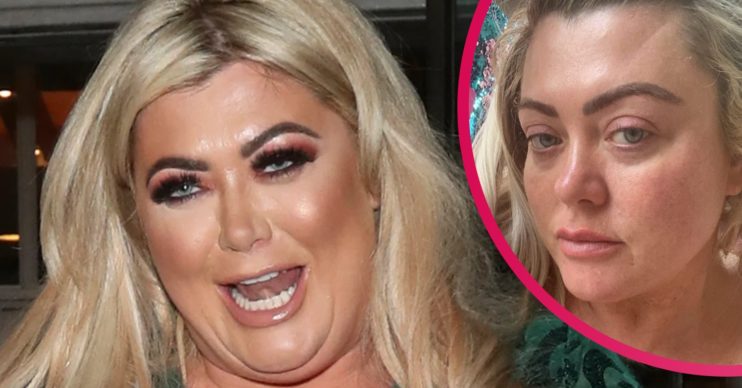 Reality star has been "very poorly"

Gemma Collins revealed she’s been ill as she told Instagram fans she’s had a private nurse caring for her.

The reality star, 40, admitted she’s been “very poorly” with the mystery condition – but is believed to be improving.

Gemma also showed Insta followers how she’s had tube in her arm as part of her recovery.

What did Gemma Collins say about being ill?

She ruled out coronavirus – but said it felt like she was suffering from “some sort of virus”.

Gemma added it had “knocked her for six” and tried to ‘sweat it out’ in her sauna at home.

And last night (Tuesday May 25) Gem updated her fans to let them know she is doing better.

Uploading snaps to Instagram Stories, Gemma gave fans a glimpse of a tube in her arm. She also shared snaps of Nena, her nurse, who appeared to be handling a medical drip.

Thank you to my lovely private nurse Nena for helping me.

Gemma wrote: “Sorry been quiet guys, I have been very poorly but I am feeling like I am back on the mend.”

She continued: “Thank you to my lovely private nurse Nena for helping me, and my lovely @sportiedoc.”

Gemma also had some family support from her dad Alan, who popped in to visit her.

She teased him for doing the washing up after himself in the sink because she owns a dishwasher.

Gemma also thanked her supporters and friends for their consideration while she’s been under the weather.

Read more: Gemma Collins attends funeral of ex-TOWIE star as she reveals speaking to him on night he took his life

Gemma wrote: “Slowly slowly getting there.

“Thank you to everyone who has bared with me.”

According to reports, Gemma has recently had to slow down on her wellbeing routine after suffering with polycystic ovary syndrome.

However, she told fans earlier this month she would not moan about being unwell.

“Literally knocked me for six and I feel so stressed as I got so much to do but I just have to allow it,” Gemma said on Insta.

“The most important person is me and my health so I’ve just got to allow it.”