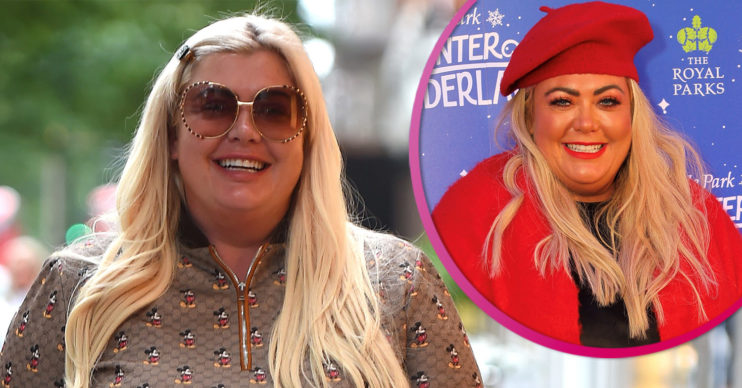 The reality star looks and feels better than ever

The GC, 39, says she’s feeling better than ever due to her three stone weight loss.

Speaking to the MailOnline, she said: “It’s no secret that I had skinny jabs in lockdown. But now things are easing and we can travel again, it’s nice to be able to travel feeling more confident.

“I’m wearing bikinis for the first time in ages!”

SkinnyJab is a brand of injections which claim to suppress hunger.

They typically cost £250 a session and can be administered at a clinic or at home.

Gemma is an ambassador, and has ardently defended it against controversy.

Earlier this year Gemma said the injections had ‘changed her life’.

Addressing her some 1.9 Instagram followers, she wrote: “Everyone has been asking ‘how the hell have you lost weight, GC?’.

“Well, it’s all all down to Skinny Jabs and the amazing team there.

“They have transformed my whole life with regards to dieting.”

Kerry Katona is also a customer, and has praised the brand on her own social media.

But it clearly isn’t just SkinnyJabs that have helped Gemma shed the pounds.

The podcast host has also been working out regularly and eating healthier.

She’s just returned from holiday in Tenerife, where she shared a gruelling workout session.

And she’s even strong enough to use a bike as a weight – another feat she recently shared on Instagram.

She pledged to eat a more vegan based diet earlier this year. An avid animal lover, she’s campaigned on behalf of animal rights group Peta in the past.

And she’s argued that a plant based diet can also help with weight loss.

Earlier this year on her Instagram stories she shared: “We have gone fully vegetarian – well, Russel’s a vegan [her brother].

“Tofu we’ve got. I’m joining in. We’ve got Tofu… I’m doing this. This is the year of not eating meat. I don’t feel good when eating meat.”

She had an on-and-off relationship with former fellow TOWIE star James Argent.

But they broke up after she claims he wanted an “open relationship”. She also revealed he’d called her a “hippo” during an unpleasant text exchange.

A source told The Sun: “Arg went to Spain and was due to fly home on Friday but didn’t – he told Gemma that he wants to be in an open relationship like Jada and Will.

“Gemma is completely shocked and has been left absolutely heartbroken, especially after sticking by him for so long.”