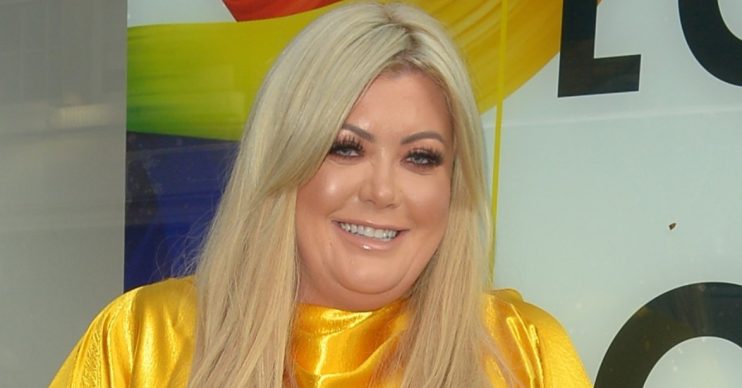 She has already lost three stone

Despite losing three stone already, Gemma Collins is hoping to lose another three stone by Christmas.

The reality TV star, 38, has been using weight loss injections to help her shed the pounds and wants to continue losing weight so she can have her boobs reduced.

Gemma admitted she would be “really happy” if she lost another three stone as that would bring her down to 12 stone.

Girls with the winter approaching it’s time for the wardrobe revamp 👉🏻 this is all from my collection 👉🏻 https://gemmacollinscollection.com/ @gemc_boutique

Read more: Gemma Collins to return with new episodes of her BBC podcast

Speaking to The Sun, the Dancing On Ice star revealed the last time she had the injections, she didn’t eat for four days because she “didn’t have an appetite”.

She continued: “I already lost three stone earlier in the summer but I have put five pounds back on after overindulging on truffle pizza on holiday, which is quite a lot of fat.

“I don’t want to put half a stone on and then before you know it, it’s all back on, so I’m starting Skinny Jab again on Monday.”

Revealing her plans to go under the knife to have a breast reduction, Gemma added: “My boobs are so big and I want to get them reduced in January, but I have to lose three stone before they can operate.”

All these fabulous holidays over the summer have meant I’ve been indulging in fantastic food, from all over the world! I mean, Greek food tastes better in Mykonos, right? But now it’s time to reign all the excesses in and get healthy again and @skinnyjab are going to help me do just that! Caroline has released her brand new plan and it’s amazing!! So join me and let’s do this together for the next 4 weeks 💕 Visit their website to book your plan online www.skinnyjab.co.uk. And for a 20% discount on this amazing offer, enter CODE: DIVA4EVER upon check out! #ad

Gemma revealed her operation is already booked in so now she has to just lose the weight.

The star said losing weight has nothing to do with trying to become more confident as she’s already got “so much self esteem”.

In fact, Gemma said she has so much self confidence that she could “bottle it and sell it” and she’d be “a billionaire overnight”.

Earlier this year, Gemma spoke about having the Skinny Jab injections.

Speaking to the Sunday People, she said: “I went on the jabs and that has been really good for me.

Read more: Gemma Collins shells out £650 to stay over at The Ritz instead of going home to Essex

“You get injected basically and it curbs your appetite as well so it is handy when you are busy and on the road.

“I definitely feel much better since losing weight and I have got more energy and stuff. When you eat rubbish food, you feel rubbish and when you eat healthily, you feel great.”

Despite being warned of the dangerous of the injections, Gemma has insisted to The Sun that “people who are overweight sometimes need help” and as “long as it’s safe, it can help”.