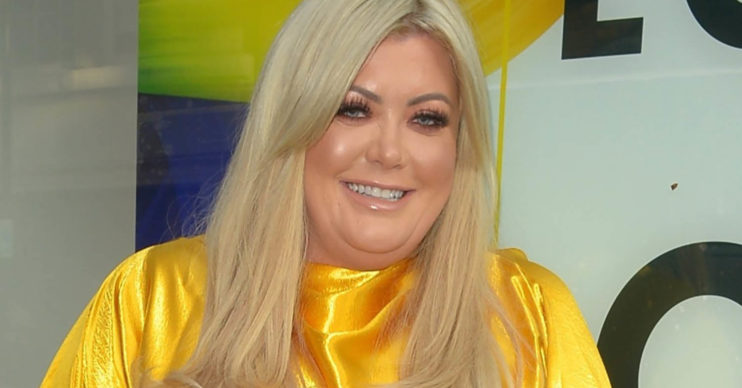 The heartbreak diet is certainly working wonders for the GC!

The 39-year-old previously took a break from Instagram following their dramatic split earlier this week.

However, it didn’t take long for the GC to make her long-awaited comeback as she posted a stunning shot of herself on social media yesterday (July 16).

Modelling an ensemble from her Essex clothing boutique, the Diva Forever star posed up a storm in a printed top and white skinny jeans.

She completed the look with glamorous make-up and loose curls.

What did fans on social media say about Gemma Collins?

Fans were clearly ecstatic to see Gemma back on social media – and looking her best!

One exclaimed: “YOU LOOK STUNNING!!!!”

A second praised the star, saying: “Gemma, you’re such an inspiration…keep going!”

A third gushed: “Gem you look beautiful, you deserve so much better keep your dignity and respect, your knight is out there waiting for you my darling be patient.”

It’s certainly been a tough few days for the lovable star after calling it quits with boyfriend Arg.

Following their split, Gemma exposed her on/off flame on Instagram as she shared a series of text messages, which have since been deleted from her profile.

In one Arg reportedly compared her to a large, semi-aquatic mammal.

Addressing her heartbreak, she later wrote: “Hey guys as you can imagine I am absolutely heartbroken right now shocked totally in pain and can’t pretend I’m all smiles over the gram.

Gemma also shared a cryptic post about the ‘Top 10 Signs of Emotional Abuse In A Relationship’.

According to The Sun, the former TOWIE star was left “heartbroken” after Arg revealed he was relocating to Spain.

A source explained: “Gemma feels like she’s done everything she possibly can to help Arg but enough is enough.

“He said that he wants to stay in Spain for good which is worrying as he is known to have suffered relapses there in the past.”

“Gemma was devastated by the conversation and decided to end their relationship entirely. She feels like she had no choice but to walk away.”

Following their split, fans begged her not to get back with her ex in a series of supportive tweets.

The star has since shed the pounds by adopting a healthier lifestyle, and recently told fans she has been at home cooking more meals from scratch.

Her struggle with her weight started when she found out she had polycystic ovary syndrome.

Opening up about her condition on Instagram, she wrote: “As you can see guys when I was in my 20s I was very slim then I was told I had PCOS and it’s been a struggle ever since, however I make the most of myself and remain positive because it’s what’s in your heart counts the most.

“Lots of people have bullied me, taunted me and also early on in the industry, lose weight, you are too fat to promote my brand!!!

“It’s endless!!! Cough cough… where are you people now, WHERE AM I.”