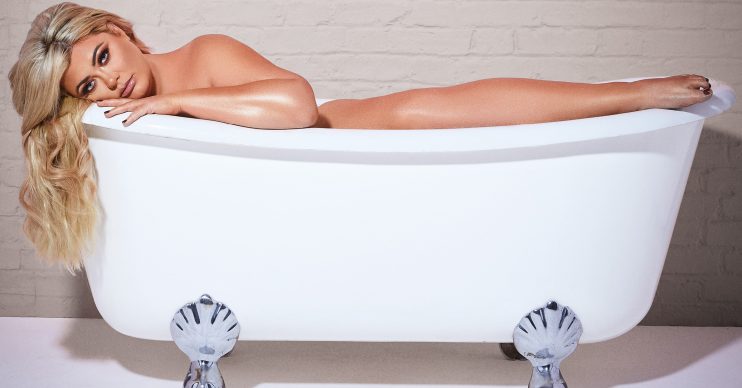 Gemma Collins strips off as she poses naked for PETA campaign

TV’s Gemma Collins has stripped off for the latest PETA campaign to raise awareness of marine waterparks, saying their pools feel like bathtubs to the animals.

Lounging in the bath in all her glory, a fully made-up Gemma looks super glamorous but she has another important message for us all to consider while we’re all worrying about the coronavirus pandemic.

Showing her serious side, the Gemma explains in the campaign how sensitive marine animals are when they are separated from their families and confined to concrete tanks that are, to them, the size of a bathtub.

PETA says that this isolation – and longing for freedom – leads to extreme stress, loneliness, and depression.

“When people say, ‘Oh, my God, why has this whale killed one of our trainers?’ It’s because it’s an animal that was taken from its mother in the wild, all to live their life in a bathtub,” Gemma says.

“This isn’t acceptable. People are making money off of parading these animals.”

The campaign goes on to point out that in nature, orcas can swim up to 140 miles and bottlenose dolphins up to 60 miles per day.

They can dive to depths of well over 300 metres below the ocean’s surface and maintain dynamic relationships within large social networks.

Let’s campaign to get all the marine life into a sanctuary, where they can have some actual enjoyment in their lifetime.

In shocking comparison, at SeaWorld’s parks, 140 dolphins are squeezed into just seven cramped tanks and can’t escape attacks from other frustrated, aggressive dolphins.

A PETA US report found that many dolphins at SeaWorld have open wounds and extensive scarring – yet trainers still rode on their backs and stood on their faces during performances.

This was until a recent PETA US campaign pushed them to end this shocking practice.

In Gemma’s PETA campaign, the TOWIE star pushes for marine parks to be shut down so animals can be returned to their natural habitats.

“Let’s campaign to get all the marine life into a sanctuary, where they can have some actual enjoyment in their lifetime,” she says.

Gemma has also starred in PETA’s famous “I’d Rather Go Naked Than Wear Fur” adverts along with celebrities including Amanda Holden, Sharon Osbourne and Charlotte Crosby.

She took part in the campaign in 2013 and recently re-posted it on her Instagram account, writing: “I’m proud to have been a part of this iconic campaign! After 30 years, @petauk is ENDING their #RatherGoNakedThanWearFur ads.

“Nearly every designer has stopped using fur AND cities and countries are banning it all over the world. Fur is DEAD.”

On Wednesday, March 17, Gemma revealed her mum is in hospital with pneumonia amid the coronoavirus crisis.

In a social media post she encouraged followers to take Government guidelines seriously.

She wrote: “Please listen to the government guidelines if anyone is feeling a little anxious…. I know I am… it’s real but there is always someone whose need is greater then ours.

“Please do listen to what we need to do in order to keep ourselves and everyone around us safe.

“If you are well delegate one member of the family to shop for your family… I did for mine last week and distribute it evenly.

“Massive love and respect to the nurses doctors who are working endlessly to help us all.”