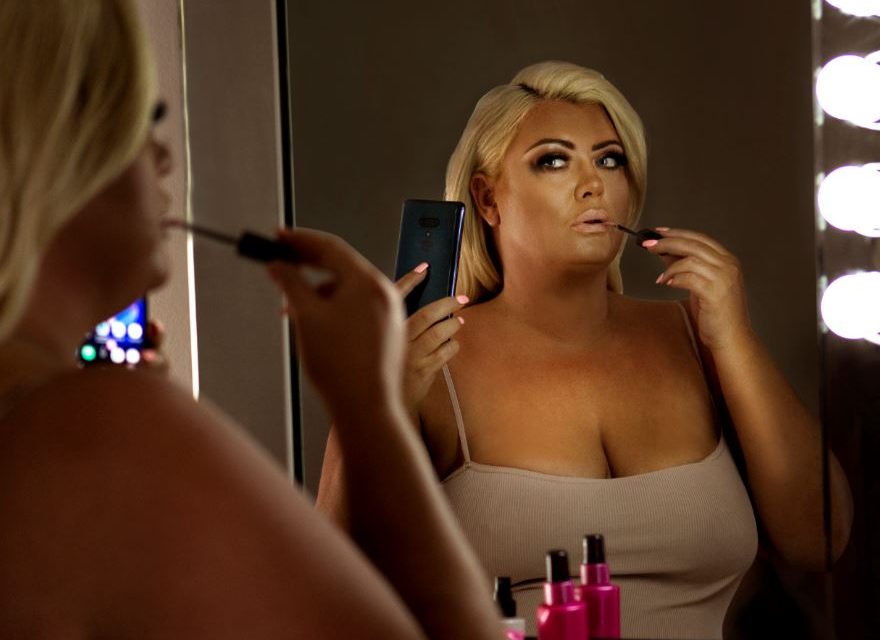 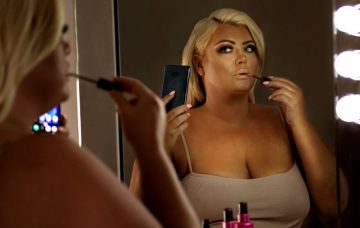 The former TOWIE and Celebrity Big Brother star, 37, said it was a dream come true to re-create some of Keeping Up With The Kardashians star Kim’s most famous (and revealing) Instagram photos.

But can The GC break the internet like Kim?!

Read more: Gemma Collins and James ‘Arg’ Argent are back on again

Gemma stripped entirely naked to copy Kim’s infamous photo from over two years ago, where she posed nude in front of her mirror with the caption: “When you’re like I have nothing to wear LOL.”

While Kim took her naked pictures completely for the fun of it, Gemma’s candid shots were part of a campaign to launch HTC’s latest flagship smartphone, the HTC U12+.

Gemma said: “As the UK’s selfie queen, I always dreamt of re-creating some of Kim K’s most iconic pics, and I knew that the U12+ was the only phone that could do the pictures justice. I love the dual-camera on my U12+ as it makes me look fabulous and I guarantee the shots will make you do a double take.”

Well, they will if the subject is naked!

A third photo showed Celebs Go Dating star Gemma lounging in a kitchen in her underwear drinking a shake (as you do), just like Kim did back in January.

A final photo showed an incredibly glamorous Gemma touching up her make-up in a mirror.

Gemma actually has a Kardashian connection, if you remember.

When she appeared on Celebrity Big Brother back in 2016, she befriended fellow housemate Jonathan Cheban, who just happens to be Kim’s best friend!

Although Jonathan quit the show shortly after arriving, he and Gemma stayed in touch.

Jonathan previously told Daily Mail: “We only knew each other really for six days but it’s like we knew each other our whole lives. We’re just exactly like each other in sense of humour. We’re a perfect match.”

When asked if Gemma and Kim had anything in common, he said: “Absolutely nothing, not one thing, two very different people. I don’t why but it just works.”

Gemma Collins oozes in body-confidence in brand new Kim Kardashian-inspired selfies, taken with the highest-rated dual smartphone camera currently on the market, the HTC’s U12+. For more information visit www.htc.com/uk