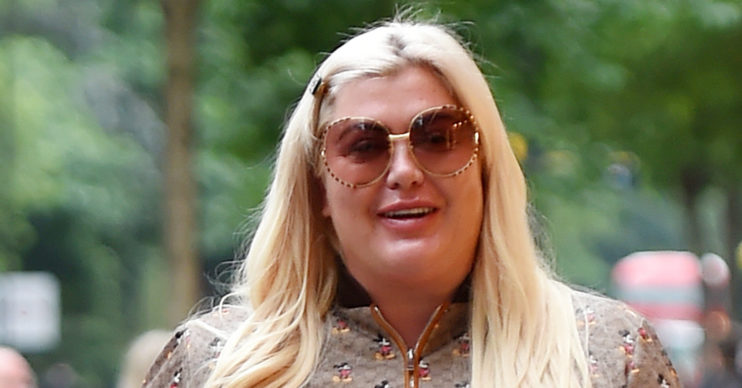 The GC also wants a robot boyfriend and baby

Gemma Collins said she was ‘filled with joy’ over the idea she could bring her parents back as holograms or robots during a candid chat on her podcast.

Speaking to robot expert Adam Kushner, the GC said she realised recently that her dad won’t always be around.

What did Gemma Collins say on her podcast?

She said on The Gemma Collins Podcast: “I’m thinking, say when your parents pass away, you could maybe almost recreate them in robot form so you felt as though they were with you?”

Adam told her: “You can, in fact there’s one stage beyond that – there are now robot holograms, digital avatars. So you can actually bring people back to life, as it were, with their voice, their movements. That’s already available today.”

Amazed, Gemma replied: “This makes me so happy because funnily enough, my dad was calling me from his work and I had this thought, ‘One day he won’t be able to call me from his work’.

The GC will miss her dad’s calls

“I’ll miss the calls, because I’m always like, ‘Oh no my dad’s ringing me, I’ve got to take the call’.

“That just fills me with so much joy now and I’m going to look into the process.”

One day he won’t be able to call me from his work… I’ll miss the calls.

Speaking further, the TV diva said that at the very least, she would get herself a little family of robots.

She continued: “If all else fails, I’m going to get myself a robot boyfriend and a robot baby. Life just gets better and better.”

Earlier in the podcast, Adam had explained that technology now allows us to create robots in whatever likeness we want.

And Gemma, very much interested in the prospect of having a robot for a boyfriend who would comply with her every wish, said she wants one that looks like actor George Clooney.

She said: “This is the way forward for the GC, I need a robot. This is perfect, the answer to all my prayers. They’re not going to repeat back, they will do as I say, they will rub my feet, they will make me dinner.

“They will tell me they love me on command, that’s amazing. Adam, can you put me on the list?”

Are you a fan of Gemma Collins’ podcast? Leave us a comment on our Facebook page @EntertainmentDailyFix and let us know.