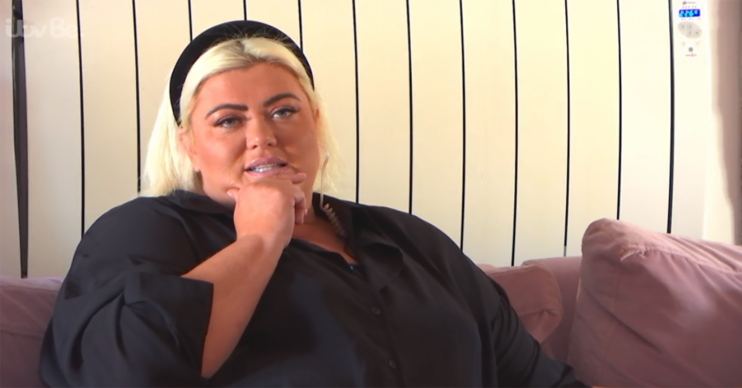 Gemma Collins demands an OBE for ‘entertaining the nation during lockdown’

TV’s Gemma Collins reckons she deserves an OBE ‘for entertaining the nation’ and keeping everyone’s spirits up during the coronavirus lockdown.

The reality TV star made the demand on the finale episode of her ITV BE show Diva On Lockdown on Sunday night (May 11).

Speaking to one of her assistants, Gemma said:

“I think at some point I need an OBE from the Queen as I’ve entertained the nation during Corona.”

The former TOWIE star went on: “If you could sort something out, write into HRH and stick me up for that at some point I’d be very appreciative. Make it happen hun.”

Gemma, who last week had viewers in stitches when she accidentally hit the family dog over the head with a bag full of Easter eggs, went on to say that Colonel Tom Moore deserves a knighthood.

The war veteran used his walking frame to complete laps of his garden, raising over £32 million for the NHS.

Gemma then enjoyed a massage from her sister-in-law Dawn and carried on explaining why she believes she deserves an OBE accolade.

“The thing is I’ve been doing my bit for the nation,” she said.

“I wonder if in years to come I’ll be getting an OBE?”

After discussing Colonel Tom Moore’s amazing NHS fundrasing achievement, Gemma then broke down in tears as she listened to his number one single of You’ll Never Walk Alone with Michael Ball, which helped raise more money for the NHS.

Later on in the episode, Gemma risked offending fellow TOWIE star Ferne McCann and Dancing On Ice champion Joe Swash as she moaned about having to introduce their shows.

Gemma was annoyed she had to introduce other celebrities and their shows, saying: “Why have I got to introduce Joe Swash? Sorry it’s a bit embarrassing.”

She went on: “I’m not a presenter, I’m a star. Why am I introducing people?”

Gemma called her agent to clarify the situation, asking why she had to introduce other people and was told it’s good publicity for her own show.

“Obviously I’m more enthusiastic when I’m talking about myself,” she went on.