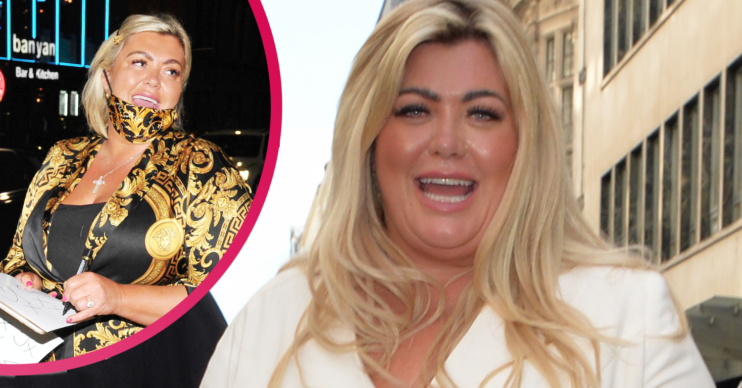 How old is Gemma Collins and what is her net worth?

Bow down to The GC and her millions, honeys!

Gemma Collins is one of the UK’s best loved-TV personalities (with a net worth to prove it) and doesn’t really need any introduction.

But we’ll give you one anyway.

She’s been a household name since bursting onto screens on The Only Way Is Essex and has provided the nation with moments of TV gold ever since.

Here’s everything you’ll ever need to know about The GC – including that net worth!

Who is Gemma Collins?

Are you joking? We’re talking about Gemma Collins. The GC. Self-proclaimed diva and star of reality TV.

The one who fell through the stage while presenting a Radio One teen award.

Why is Gemma Collins famous?

Gemma first rose to fame back in 2011 when she appeared in the second series of ITV2’s The Only Way is Essex. She was working as a used car salesperson at the time. Her first scene saw her selling a car to established cast member, Kirk Norcross.

She stayed in the show for eight years, leaving in 2019. During her time on the show, she opened her own boutique called The Gemma Collins Collection.

In 2014, Gemma took part in I’m A Celebrity…Get Me Out Of Here. Briefly. She quit the jungle after just 72 hours, blaming health reasons.

She’s also known for being something of a diva. After leaving TOWIE, Gemma began filming her own show, Diva Forever. She also had cameras in her home during the coronavirus pandemic and filmed Diva in Lockdown.

Gemma’s also written an autobiography, collaborated with Boohoo.com on clothing ranges for plus-sized women and generally made The GC a lifestyle brand.

And don’t forget the memes, pronounced ‘memays’ if you’re the GC. There are entire Instagram accounts dedicated to Gemma Collins reactions.

When was Gemma Collins on Big Brother?

Gem appeared on Celebrity Big Brother in 2016. She was undoubtedly one of the greatest signings in CBB history.

During her 29 days in the house, Gemma created some iconic moments that will stay with us forever.

From her meltdowns over having to do tasks to walking around with a Shetland pony on a lead, Gem provided some of the best TV ever.

And who can forget when she somehow managed to convince herself that she was pregnant – and even feel it.

Where is Gemma Collins from?

She’s famous for being an Essex Girl but Gemma was actually born in Romford, which is part of Greater London.

When she was 14 she started at the famous Sylvia Young Theatre School. Her mum, Joan, apparently knew that Gemma was going to be a star. She wasn’t wrong.

According to reports, Gemma is worth £2.7 million which isn’t half bad, thanks very much!

As well as her TV shows and appearances, Gemma gets the coin by collaborations and endorsements.

Gemma is currently engaged to businessman Rami Hawash. For the second time. The couple first dated in 2011 but split after three years together.

They reunited in 2021 and Gemma confirmed they are engaged again in December.

Speaking to The Times, Gemma revealed that the news hadn’t been made public yet as Rami’s divorce hadn’t been finalised.

She said: “We can’t really come out and say anything yet because Ram was married before and his paperwork has not come through, so until that’s officially signed, we’ve not said anything.”

Gemma previously dated her The Only Way is Essex co-star, James ‘Arg’ Argent. The couple had an on-off relationship over several years.

In 2012 she dated another one of the TOWIE lads, Charlie King, but had suspicions he was gay.

Gemma has actually got an amazing singing voice, which she showed off in 2019 on BBC show All Together Now.

She impressed 88 out of 100 judges with her rendition of Hey Big Spender.

Fans of The GC took to Twitter to share their shock at her amazing vocals, most unaware that she could belt out a tune.

There were rumours that Gemma planned to launch a pop career, working with Naughty Boy, but this doesn’t seem to have happened. Yet.

Does Gemma Collins have a son?

Gemma, 41, has made no secret about the fact she wants to be a mum really soon.

Last year she told Metro.co.uk that she and Rami were trying for a baby.

She said: “I am trying to have a baby. I have been with my partner for a while, we don’t use condoms now.

“The baby is going to be adored. I haven’t had a baby yet, but I speak as if I have as I am trying to cosmic order it up.”

While she might not have a baby of her own yet, Gemma is a brilliant step-mum to Rami’s little boy, Tristan, 3.

Rami and Gemma are protective of Tristan and don’t show his face on social media.

But last November Gemma took to Instagram and posted a sweet snap of her cuddling up to the tot.

She also thanked his biological mother for letting her look after her son. She captioned the pic, which didn’t show Tristan’s face: “No feeling like it 💫❤️ my little prince being a step mummy is so rewarding love is free and so rewarding nothing can put a price on this 💫❤️.

“Auntie stepmum and hopefully god will give me a gift one day but I am so happy with what I have right now #sharingthelove and a HUGE THANK YOU to his lovely mummy for letting me look after him ❤️”.

But in 2016, she was told that her weight would make it harder for her to conceive a baby naturally.

Since then she’s impressed fans with her weight journey.

In 2020 she lost a staggering 3.5 stone, which she attributed to ‘getting her steps in’.

She’s spoken out about trying ‘quick fix’ weight loss methods in the past such as controversial ‘skinny jabs’ and even a juice detox in Portugal.

Gemma has always refused to have weight loss surgery though, because she feels it would be ‘too easy’.

Are you surprised by Gemma Collins’ net worth? Leave us a comment on our Facebook page @EntertainmentDailyFix and let us know what you think of this story.