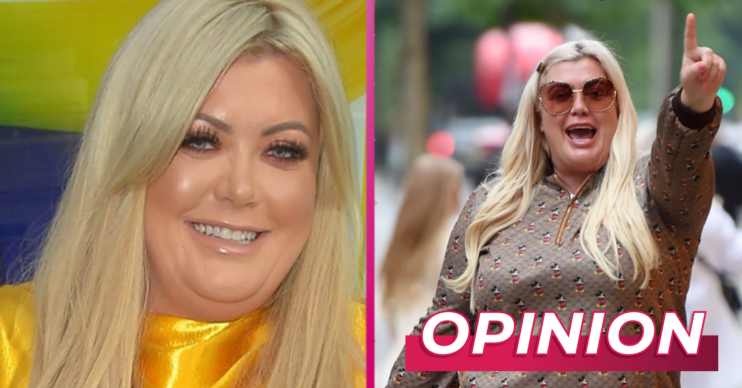 OPINION: ‘Gemma Collins is just the type of celeb we need right now’

She's been a key in lifting the nation's spirits

With everything that’s been going on over the last five months, Gemma Collins is the perfect person to keep spirits lifted.

Throughout lockdown she’s been keeping us entertained with her reality show, her hilarious memes and her antics on social media.

Gemma often gets a mixed reaction on social media but I think she’s just the type of celebrity we need to be following right now.

It’s been a tough few months and it’s been nice to enjoy some light relief during this time. Gemma has provided just that.

She’s brought the entertainment factor to every single show she’s been on from TOWIE to I’m A Celebrity.

And let’s be honest, would Dancing On Ice have been as good without her on it last year?

Her reaction after that horrific fall deserves praise in itself. Getting up and finishing her performance was just amazing.

Another thing that’s keeping me highly entertained is her podcast. I could listen to it for hours.

Recently, Gemma said she believes she’s not human and would love to have an alien baby.

I mean, it’s completely bizarre but it definitely had me smiling.

I personally don’t think she deserves any of the hate she gets, she’s simply just trying to put a smile on people’s faces.

The fact she made changes to her Diva Forever series to show the realities of lockdown was great and it was definitely something everyone could relate to.

She’s been constantly encouraging her fans to get through lockdown and even created face masks for her followers.

Read more: Gemma Collins looks ‘unrecognisable’ as she launches loungewear range with In The Style

Gemma also donated £1,000 to NHS hero Colonel Tom Moore, who raised money for the NHS amid the pandemic.

During an episode of Diva on Lockdown, Gemma said she thinks she deserves an OBE for lifting spirits of the nation.

Gemma should have an OBE!

And, to be honest, I couldn’t agree more.

Gemma is the perfect person to receive an OBE simply for entertaining everyone every single day.