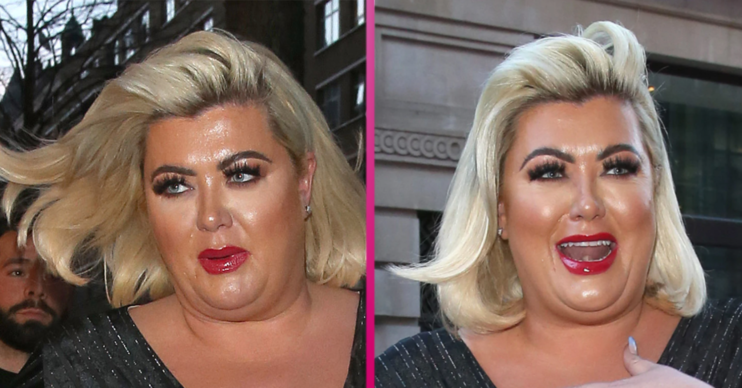 She's made a tidy packet from this new deal

Come Fly with Gemma Collins – she is the new face of budget airline, Wizz Air.

The former TOWIE star has been recruited by the airline to star in a new ad campaign to encourage Brits to travel abroad this summer, despite the ongoing Covid-19 pandemic, and Wizz Air has splashed out six figures to land Gemma.

A source told The Sun newspaper’s Bizarre column: “Gemma loves going abroad so when Wizz Air approached her team it was a no-brainer.

“Plus the planes are pink — her favourite colour.

“After signing on the dotted line, Gemma flew out to Tenerife with Wizz Air to shoot content for them.

“She’ll be announced as the face of the company in the coming weeks and will be plastered across billboards and online adverts — as well as being on the box.

After signing on the dotted line, Gemma flew out to Tenerife with Wizz Air to shoot content for them.

“Gemma is a hugely recognisable face and she loves a good holiday, so the company said she was the ideal person to front the campaign.

“And she isn’t afraid to laugh at herself, so they’ve discussed doing some silly cabin crew announcements with plenty of jokes.”

Meanwhile, earlier this month it was rumoured that Gemma, 39, was in talks with TikTok over a potential £1 million deal.

The TV star is apparently wanted by the video-sharing platform following a spike in her hashtag, after fans mentioned her name more than 10 million times on the app.

An insider recently said: “Gemma is a hit on social media and makes hundreds of thousands from her Instagram account.

“And this brand power has been noticed by the bosses at TikTok, who realised how massive she was on the platform when the figures from her hashtag came through.

“They are lining up a meeting with Gemma and her team next month to talk about a potential collaboration.”