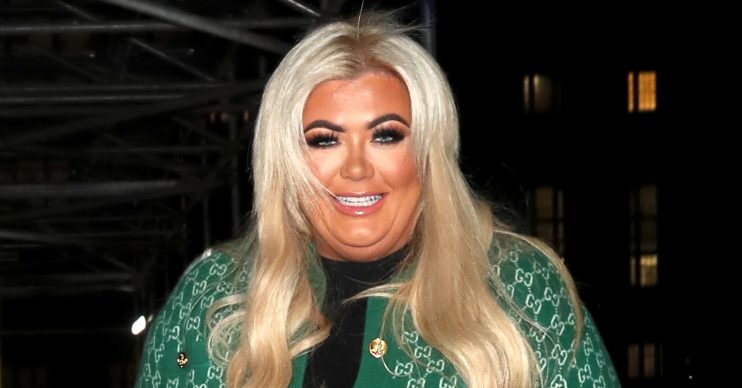 TV’s Gemma Collins got tongues wagging when she posed in what appeared to be a wedding dress, complete with veil and floor-length skirt.

According to Mail Online, Gemma, 39, tried on the dress at the Bellissima Weddings store on Wednesday. The TOWIE star has been in an on-off relationship with James Argent, 32, for years.

But James is currently staying at a £20,000 a month rehab facility in Thailand as he battles addiction.

His stay is indefinite, as he reportedly only plans to leave once he is feeling ‘healthy and happy’ again.

It’s been reported that Gemma left the wedding shop – in a pink suit – carrying a £1,650 dress from the store.

However, a source told the publication: “Gemma isn’t engaged – she’s still with James [Argent] but he hasn’t proposed.

“She was at the store with some of her team trying on dresses and having professional photographs taken.

“Naturally Gemma loved every moment and had such a fun time getting wedding ready.

“It’s thought that Gemma’s visit will feature on the second series of her reality show Diva Forever but she’s keen to keep details under wraps for now.”

Gemma also shared a hilarious video on her Instagram page on the day the UK leaves the European Union, indicating she is sick of hearing people talk about Brexit.

The post was entitled: “When someone starts going on about brexit and you don’t wanna be rude.”

The video shows a clip of Gemma talking about a situation she’d rather not get involved with.

She says in the footage: “In these situations, it’s for me to listen, lend an ear, give advice, and not get involved. That is why I’ve kept way back out of things.”

Gemma’s show Diva Forever returns for a second series later this year. Perhaps all will be revealed about her marital status then!

Is it about time James Argent proposed to Gemma, or should they wait until he is back to full health? Go to our Facebook page @EntertainmentDailyfix and tell us what you think of this story.