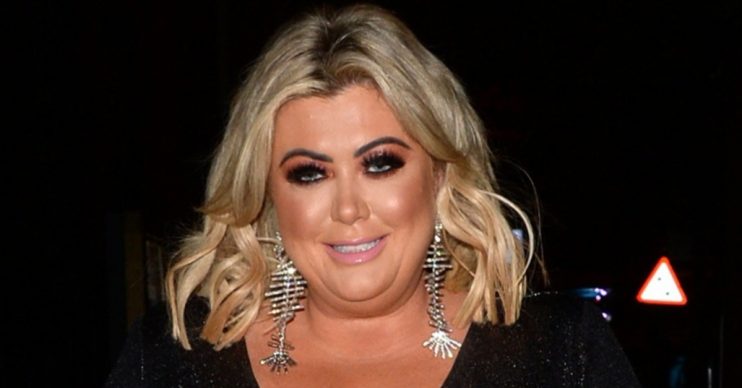 In the picture, Gemma can be seen sporting a new shorter hairstyle after having a “colour and cut”.

And some fans have commented that she now resembles reality TV star Khloe Kardashian.

Posting the shot to Instagram, Gemma said that she loved her new look, and her followers clearly felt the same.

One said: “You look stunning.”

Another said: “Wowzers!! You look like a different person. So beautiful.”

TOWIE star Jess Wright even said she was “obsessed” with Gemma’s new look.

The star has recently dropped two stone, which she credits to using slimming injections SkinnyJabs.

The £250 injections act as an appetite suppressant and help the body turn stored fat into energy.

OMG you have a look of Khloe Kardashian!

Then came the comparisons to a member of reality TV’s first family, the Kardashians.

“OMG you have a look of Khloe Kardashian!” said one follower.

“I said that too,” came one reply.

Others said Gemma should “ditch the hair extensions and keep it that way”.

One thing Gemma has also ditched this week is her clothes. Yes, really.

The star posed naked for a PETA campaign and shared the picture to her Instagram.

She said: “I’m proud to have been a part of this iconic campaign! After 30 years, @petauk is ENDING their #RatherGoNaked Than Wear Fur ads. Nearly every designer has stopped using fur AND cities and countries are banning it all over the world. Fur is DEAD.”

While PETA said: “A match made in heaven: An icon posing for an iconic campaign. Thank you for speaking up for animals then and now!”

It’s nice to see Gemma ending the week on a high.

Earlier this week she is said to have stormed off Channel 4’s The Big Narstie Show after former footballer Vinnie Jones made cruel comments about starring on the show alongside her.