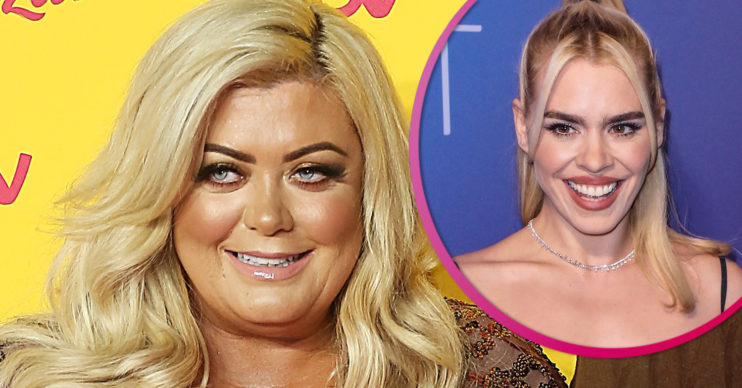 Did you spot the GC?

Gemma Collins is thrilled to be featured in the new Sky Billie Piper drama I Hate Suzie.

The GC, 39, spotted herself in the dark comedy and shared her excitement.

Gemma discovered images of her appeared on the series on an Instagram feed.

Sharing in view of her some two million Instagram followers, she wrote:

The GC loves I Hate Suzie

“So amazing to have been featured in I HATE SUZIE.

“I love @billiepiper from back in the day honey to the bee but she’s an amazing actress and it’s a just incredible that someone who I was a huge fan of is now mentioning me!!

Gemma’s fans flocked to share their thoughts on her surprise appearance.

One user commented: “I clocked you in I hate Suzie! Love Billie Piper,” and another user praised: “You’re the Queen Gemma hard not to notice you.”

In the show Billie Piper plays a fading pop star whose nude photos are leaked online.

Billie, 37, plays Suzie is forced to return to the limelight after the photos show in her bed with a man who isn’t her husband.

Suzie shot to fame as a child star, but work quickly dried up once she reached her 30s.

But Billie, who is a former pop star herself, insists the show is not based on her own life story.

Read more: Gemma Collins stuns as she strips down to a bikini

Speaking to the Daily Mirror, she said: “This is not autobiographical, but a lot of my own feelings are there as a woman in her thirties.

“My photos have never been hacked – but setting it in the world of being an actor creates a lot of drama, fun and entertainment.”

This isn’t Gemma’s only appearance on scripted television

As for Gemma, she has spoken of how she attended acting school as a teen.

However, she’s made a massive name for herself by simply playing herself.

The former TOWIE star has transitioned into her own reality series as well as appearing on CBB, Crystal Maze and I’m A Celebrity.

Moreover, she even appeared in Netflix Orange Is The Way Is Black promos with the cast.

Wearing an orange jumpsuit, she still played herself amongst several of the show’s most popular characters.