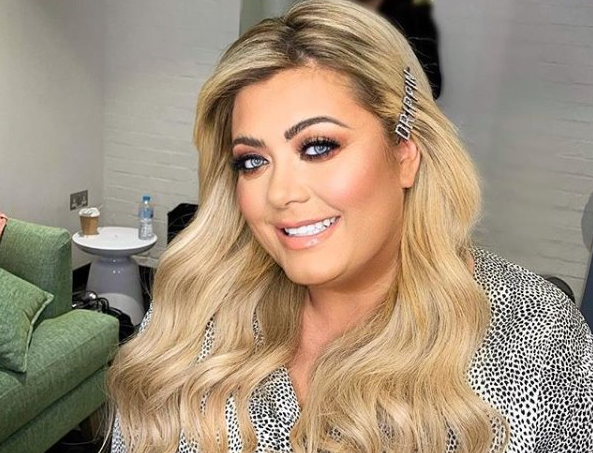 She's determined to have fun after their split

Gemma Collins has shown ex-boyfriend James ‘Arg’ Argent exactly what she thinks about his alleged fat jibes towards her, as she enjoyed a huge plate of pasta.

The TOWIE star was at her pal Dawn Ward’s Cheshire mansion as she unapologetically chowed down on her Italian feast.

The 38-year-old chatted to the camera as she ate her Bolognese and she said she was determined to have some fun following her split with Arg.

She told fans on her Instagram Story: “I’m just having a little bit of spaghetti Bolognese. And I’m doing something very exciting tonight…”

Gem then revealed she was at Dawn’s home to film a cameo on The Real Housewives of Cheshire.

“I’m filming, just because I fancied a little rock up, turn up and roll on it,” she continued.

“I’m a huge fan of the Cheshire housewives so I’m going to eat this and then rock up GC style and have some fun tonight.”

She then filmed herself on the set of the reality show as she geared up to get in front of the camera.

Gem’s pasta-filled post comes after her ex Arg apparently taunted her about her weight during their break-up and branded her a “fat lump”.

She reportedly ended things when the 31-year-old posted an unflattering video of her snoring on social media last week. But when Gemma told him things were over he sent her a string of unkind messages.

According to The Sun, the messages included: “You are a fat joke of a woman. An absolute car crash! You’re nearly 40 [BEEP] years old, you embarrassment.”

Gemma is then said to have asked Arg to leave her home, to which he replied: “You fat horrible lump. Nasty mean woman. Who the [BEEP] do you think you are? You’ve got more rolls than Greggs.”

The reality star was no doubt glad to let her hair down in Cheshire after a stressful week.

On top of her break-up with Arg, her beloved mum Joan was rushed to hospital with pneumonia.