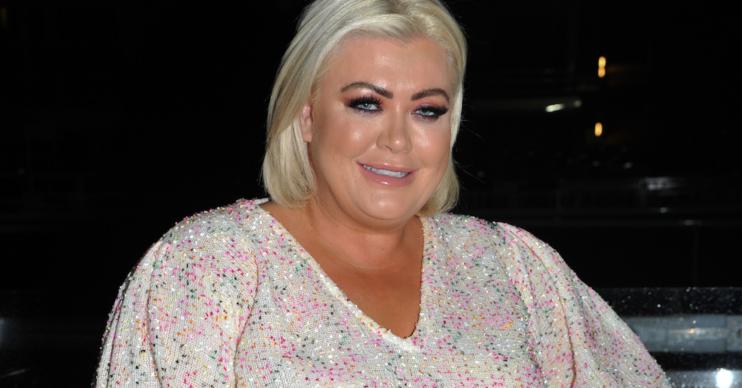 Injury has left her in “agony”

Reality star Gemma Collins suffered a nasty cut while doing some jobs around the house.

Gemma, 38, told her Instagram fans she had been involved in an “emergency” as she shared footage of her injury.

The former TOWIE star was doing some DIY work yesterday when the accident occurred.

However, her plans went a little awry after she sliced her finger open.

She had been trying to sand down a garden bench when she suffered the wound, which bled all over her hand.

Gemma told her followers she wouldn’t be put off, however.

Showing fans her nasty gash as she ran it under a tap, she said: “I’ve got an emergency.

“DIY at home not going too good so far but I won’t give up.”

Gemma went on to warn her fans to take care with domestic tasks.

She added: “I sliced my finger.

Before long, The GC was back on form after sticking a plaster on the affected area.

And she also went back to her sanding job, revealing her plans to give it an overhaul.

“I am going to sand all of this down and I’m going to turn it into a hot pink Barbie bench,” she explained.

Earlier this month Gemma suggested she should be in line for an award for entertaining people during lockdown.

Speaking on her ITV BE show Diva On Lockdown, she said: “I think at some point I need an OBE from the Queen as I’ve entertained the nation during Corona.”

She went on: “If you could sort something out, write into HRH and stick me up for that at some point I’d be very appreciative. Make it happen hun.”

Her lockdown highlights include accidentally hitting the family dog over the head with a bag full of Easter eggs.

She has also pressed for Colonel Tom Moore to receive a knighthood.

Gemma is believed to have made a a £1,000 donation to the 100-year-old war veteran’s fundraising efforts for the NHS.

She was so moved by listening to his number one single of You’ll Never Walk Alone with Michael Ball that she broke down in tears.

Gemma Collins instagram Lockdown The Only Way is Essex Towie