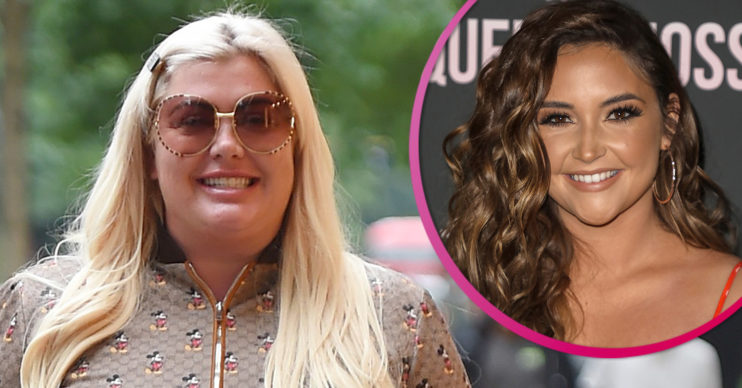 Movie will be all about finding fame, sources say

TV’s Gemma Collins is reportedly lined up for a Hollywood movie role.

According to The Daily Star, the former TOWIE girl is one of several British TV personalities who are said to have been shortlisted for a big-screen movie about finding fame.

The report claims that movie bosses have been trying to cash in on the craze surrounding shows like ITV2’s TOWIE for years.

A source said: “The movie is about a group of normal working-class people and follows their lives after they agree to take part in a reality TV show.”

The source added: “They wanted to use ‘real’ reality stars who have lived through this to play fictional characters.

Gemma for a Hollywood film?

“It will give the movie a real authenticity because they know how it feels to be catapulted from living a normal life one minute to being a household name.”

However, a rep for Jacqueline insisted there’s no truth to the reports.

Ent Daily has contacted reps for Gemma Collins for comment.

If the rumours are true and Gemma lands a role, it wouldn’t be the first time that her career has taken her to the States.

Her reality show Diva Forever followed her as she flitted between her business ventures in her home county of Essex and Los Angeles.

Jacqueline left EastEnders in 2018 so she could be free if Hollywood come calling.

A couple of days back, the actress chose to mute the comments on a throwback picture she posted on Instagram.

The photo showed her posing alongside husband Dan Osborne and their eldest daughter Ella.

She wrote: “Throw back Thursday! Wow! Oldie but goodie.”

Read more: Jacqueline Jossa goes make-up free as she opens up about ‘eye-opener’

However, after negative comments, she switched them off.

We’re sure she’d look just great on the silver screen.