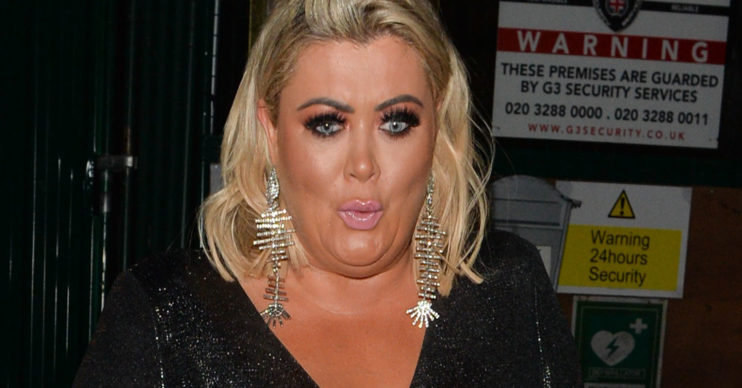 She did say she would like a baby in her forties!

Reality star Gemma Collins has revealed she’s convinced she isn’t a human being.

The Dancing On Ice star, 39, admitted she would even like to have a baby with an alien on her podcast, The Gemma Collins Podcast.

Gemma and her friend Lucas discussed how they think life started on Earth.

She told listeners: “I’m not convinced still that I’m a human, I feel like I’m a extraterrestrial some days.

“So this really got me thinking where we came from.”

After speculating on different theories, Gemma added: “We ain’t going to know, we’re not going to know until we pass on this Earth plane and we go into another dimension.

The star has recently opened up about her wishes to have a (human) baby in her 40s.

The former TOWIE star told The Sun: “I would love to have a child.

“In my forties I’d love everybody to see The GC walking around with a pram.”

Gemma has lost a lot of weight after adopting a healthier lifestyle.

Gemma’s weight struggles started when she found out she had polycystic ovary syndrome.

She recently opened up about the condition on Instagram alongside a photo of herself in her 20s.

She said: “As you can see guys when I was in my 20s I was very slim then I was told I had PCOS and it’s been a struggle ever since.

“However I make the most of myself and remain positive because it’s what in your heart counts the most.”

However, she has since been reassured her weight loss may increase her chances of conceiving.

Gemma said she’s got a “fabulous doctor” and she can “definitely have a child” as she’s carrying less weight.