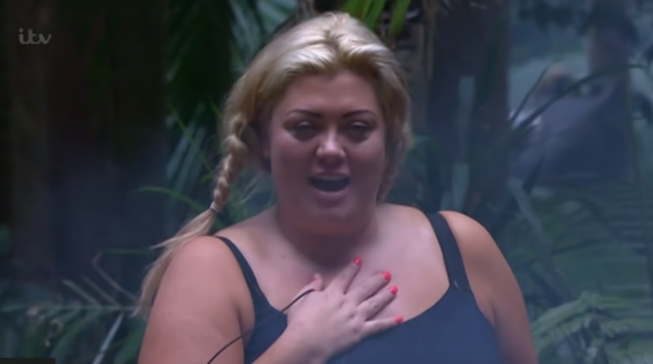 Gemma Collins begs for second chance at I’m A Celeb

She would power through as The GC

Gemma Collins is hoping for another shot at I’m A Celebrity… Get Me Out Of Here! after walking from the show five years ago.

The Dancing On Ice diva, 38, has insisted she is stronger now and revealed she would like a second chance in the Aussie jungle.

Speaking during an upcoming episode of The Jonathan Ross Show, The GC admitted she was not ready for the hardships of camp life when she was on I’m A Celeb in 2014.

She featured alongside the likes of rapper Tinchy Stryder, presenter Melanie Sykes and retired superbike champ Carl ‘Foggy’ Fogarty, who ended up winning that year.

But a short way into the series, Gemma decided she’d had enough and called it a day after just 72 hours in the jungle.

As that was years ago, Gemma is confident she could hack it these days.

Speaking to Jonathan Ross, she said: “Looking back, I don’t feel I was ready for that show. I was new to TV. I was the underdog.

“I wasn’t the best looking girl. I didn’t have a model figure. I was this car girl from Romford.”

Gemma’s I’m A Celeb stint came just three years after her first appearance on reality show The Only Way is Essex.

Speaking further, she said she felt “hugely” out of her depth and was “petrified”.

But asked if she would go back to the jungle, given the chance, Gemma confirmed she would, adding: “I’ve got a lot more experience. I’ve got a tougher skin now and I think that’s where The GC came into play.”

Read more: Gemma Collins was bullied and beaten before she found fame

She also confirmed plans to return to Dancing On Ice for the show’s final this Sunday.

Gemma had previously said she won’t be in the grand finale in response to comments made by judge Jason Gardiner, who compared her to a “refrigerator”.

– The Jonathan Ross interview will air tomorrow night at 9.15pm on ITV.

Do you thing Gemma could win I’m A Celeb if she returned? Leave us a comment on our Facebook page @EntertainmentDailyFix and let us know.