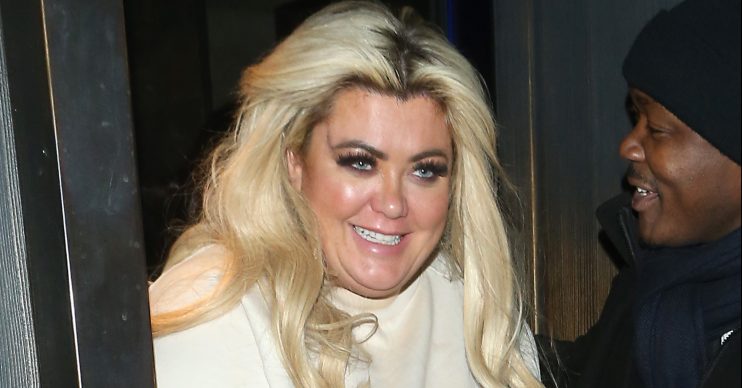 She thinks it'll be "healthier" for them to step back

Reality TV diva Gemma Collins has waded into the row surrounding the Duke and Duchess of Sussex.

As Harry headed to Sandringham for crunch summit talks with the Queen, Prince William and Prince Charles, Gemma spoke out.

The royals have said that they want to step down as senior members of the royal family.

Now Gemma has revealed that she’s backing their decision.

Speaking to the Daily Mail, she said she wouldn’t want to “stick around” if she’d been treated like the duchess.

She also thinks it would be “healthier” for Meghan and Harry to step away from the royal family.

I don’t blame them. Would you want to stick around? Hell no you’d be out of here!

Gemma said: “I don’t blame her for not wanting to put herself out there – beneath it all she’s still human and I think she must have been very very hurt by a lot of things.”

The TOWIE star added: “She loves Harry and she loves the kid, she just wants to get on with it and I don’t blame them. Would you want to stick around? Hell no you’d be out of here!”

Gemma also revealed that she doesn’t think it’s true that Meghan and Harry didn’t tell the Queen they were about to make their announcement.

She said: “All these reports that they didn’t tell the Queen, I’m not entirely sure that’s true, and I think they’ll be a lot healthier for it. Good luck to them!”

Gemma was last week seen enjoying dinner with her pal Dawn Ward at Hakkasan in London.

The star recently revealed she was going vegetarian for 2020 as part of a major health kick.