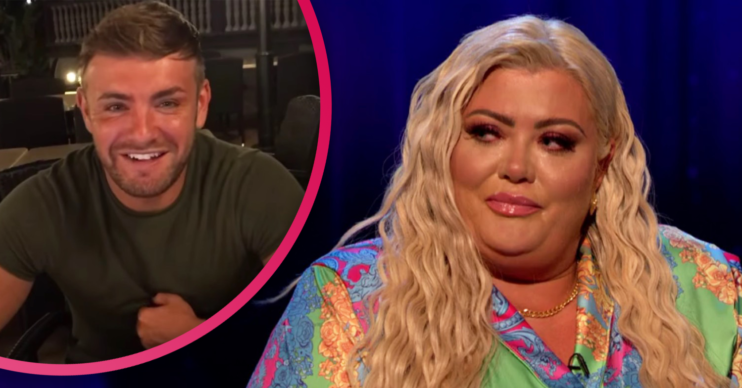 Gemma Collins has shared the heartbreaking news that she’s attending her friend’s funeral today (May 21).

Rhys Alan Smith – who appeared in TOWIE and dated Harry Derbidge – died in Tenerife in April.

An inquest that opened last week revealed he had taken his own life.

And, in her post today, Gemma revealed that she spoke to Rhys – who she said was like a “little brother” – on the night he died.

Gemma Collins news: What did she say about Rhys Alan Smith?

Reality TV diva Gemma revealed she was “heartbroken” as she prepared to say goodbye to her friend.

She shared numerous videos – including one of Rhys singing to her – and pictures to Instagram.

Posting to her grid, she said it was going to be a “tough day”.

Gemma said: “My one in a million, @rhysalan you was a little brother to me.

“We all loved you like our own and today is going to be incredibly tough because it still doesn’t seem real.

I have been heartbroken recently, you were like a little brother to me.

“I would give anything to bring you back. You was nothing but sunshine, love and laughs.

“I hope you find peace where you are and I will see you again one day.”

Gemma added: “I think of you all the time and I loved you so much.

“What I can’t get over is I spoke to you the same night you passed away.

Read more: Gemma Collins looks slimmer than ever as she poses in white skinny jeans

“Always in my heart. Forever and ever #mygucci.”

Gemma also posted a video of Rhys with her parents.

She captioned it: “We all loved you so much.”

‘I’d give anything to magically bring you back’

On her Instagram Stories she also revealed her heartbreak as she shared a video of Rhys’ funeral flowers.

Gemma also admitted she would do “anything” to bring Rhys back.

Posting alongside a picture of the pair on holiday, Gemma said: “I have been heartbroken recently, you were like a little brother to me.

“I love you so much and I would give anything I have to magically bring you back.

“I just can’t believe you are gone,” she concluded.