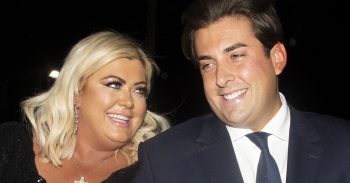 The Sun reported that the pair had a massive fight in which Gemma branded Arg an “embarrassment” and blocked his phone number.

“They had a big bust-up and Gemma said James was an embarrassment to be around after he began putting on a lot of weight again,” the source said.

“At the moment Gemma is determined to get on with her life and wants to be alone without any visits from James.”

They went on to say that friends of the couple were skeptical that the split would last, as the two have a habit of breaking up and then quickly reconciling.

“She’s pretty cut up about it but friends are saying that they wouldn’t be surprised if they got back together, considering their history,” the source continued.

A representative for the reality star and self-proclaimed diva told The Sun that the relationship was over as Gemma had “no choice” but to end it.

Arg appears to be taking concerns about his weight seriously – he’s hitting the gym after being advised he was dangerously overweight.

He posted a shot from the boxing ring to Instagram, claiming that he’s ready to change his lifestyle.

“I’ve been warned I’m on ‘Death Row’ because of my weight gain!” he said.

“Thanks to my old friends @mranthonyyarde and @tundeajayi9. Today, my life changes and I’m back in the boxing gym!”

ED! has contacted reps for Gemma and Arg for comment.

Do you think this is it for The GC and Arg? Leave us a comment on our Facebook page @EntertainmentDailyFix and let us know.