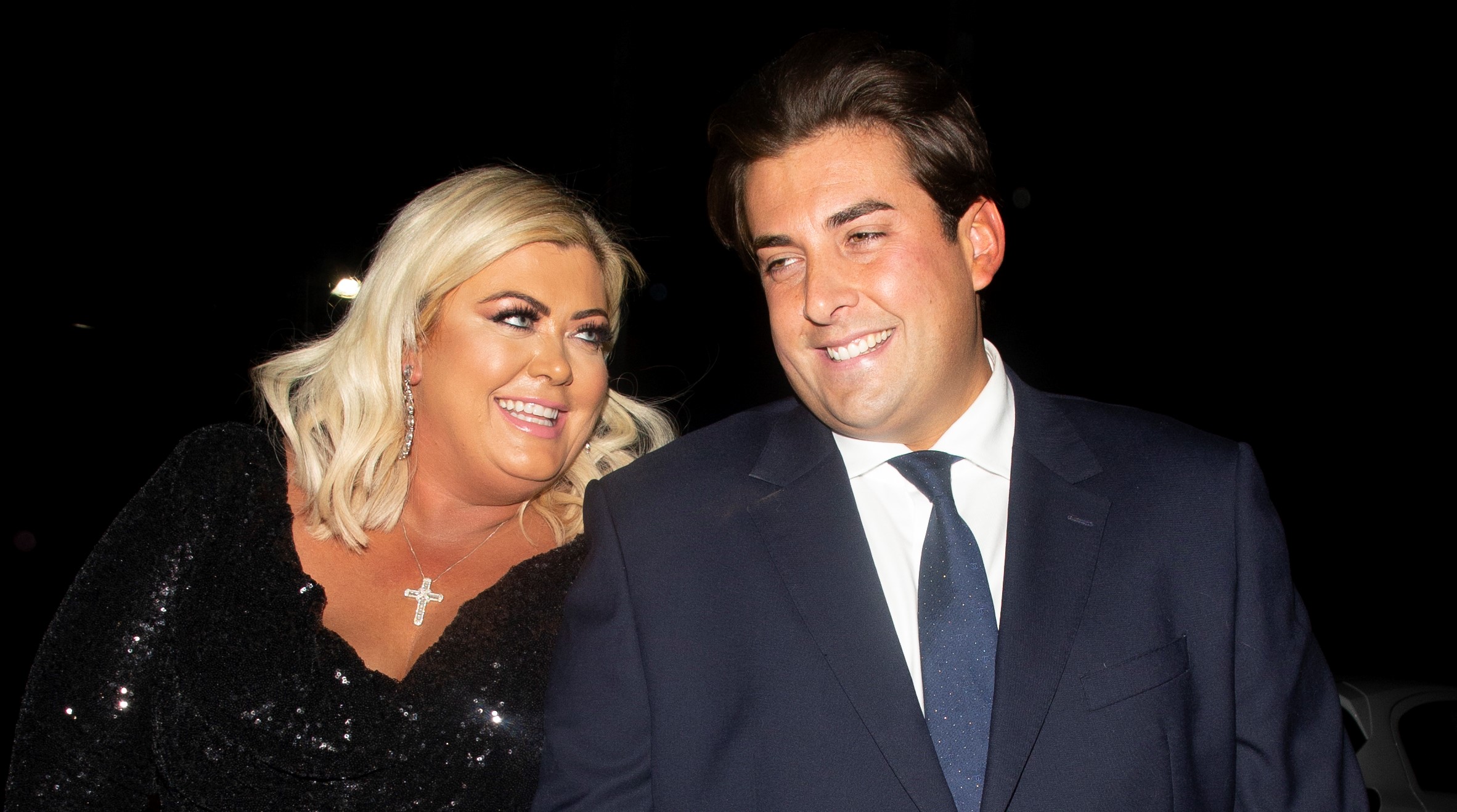 They only recently broke up

Gemma Collins and James ‘Arg’ Argent have appeared to confirm they’re back together days after they split.

At the weekend, the pair revealed they had broken up after apparently having a massive fight in which Gemma branded Arg an “embarrassment” and blocked his phone number.

But five days later, the couple seem to be back on track as Arg shared a loved-up video of the pair dancing to Frank Sinatra’s Fly Me To The Moon.

The video was recorded last month when Arg serenaded Dancing On Ice star Gemma at the White Party at Olivia’s La Cala in Malaga.

A source has told The Sun: “Arg and Gemma met up in secret and sorted things out – they love each other too much to be apart, it’s true love.

“Arg put the video up because he’s so happy they’re back together.”

At the weekend, it was said that Gemma and Arg had split again, which was the second time this year.

“They had a big bust-up and Gemma said James was an embarrassment to be around after he began putting on a lot of weight again,” an insider told The Sun. “At the moment Gemma is determined to get on with her life and wants to be alone without any visits from James.”

A representative for Gemma told the publication that the relationship was over as she had “no choice” but to end it.

Earlier this week, Gemma jetted off to America in a bid to further her career.

The hills have called ✌🏻 I’m SO EXCITED L.A. BABY can’t believe my career has taken me here ✌🏻 can’t wait to hit rodeo drive with @foodgod and convincing @prattprattpratt to come horse riding with the cowboys and me 🙏🏻✌🏻 #divaforever

She captioned the pic, tagging Pratt and her good pal Jonathan Cheban: “The hills have called. I’m SO EXCITED. LA BABY. Can’t believe my career has taken me here.

“Can’t wait to hit rodeo drive with @foodgod and convince @prattprattpratt to come horse riding with the cowboys and me.”

Back in February, Gemma kicked Arg out of her home after rowing over a video he posted of her snoring online before he said she had “more rolls than Greggs”.

Read more: Gemma Collins “so excited” as she jets off to crack America

In March, Arg apologised for the comments he made about Gemma’s weight.

He said on Good Morning Britain: “I’m a hypocrite. I struggle with my weight, I’m the biggest I’ve ever been, Gemma looks the best she’s ever been. We were both were cussing each other, it didn’t mean anything.”