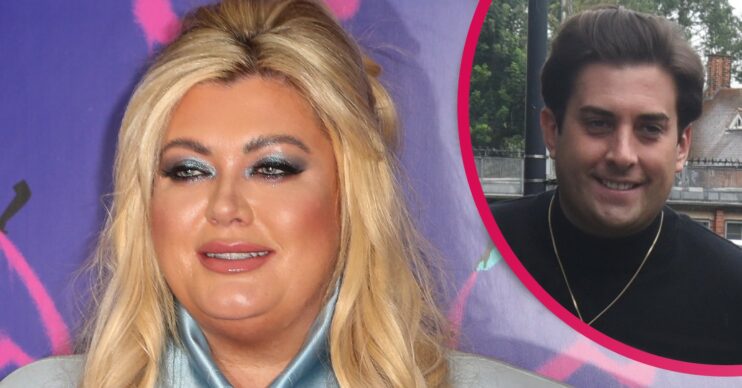 Gemma's relationship with Rami is going from strength to strength

Gemma Collins has made a subtle dig at her ex James ‘Arg’ Argent as she gushed over her boyfriend Rami Hawash.

The star rekindled her romance with Rami – who she had dated on and off until 2014 – after ending things with Arg in 2020.

Now, Gemma has compared her new beau Rami to a “fillet steak” while likening Arg to a “sirloin”.

What did Gemma Collins say about Rami?

Speaking to The Sun on Sunday, Gemma said: “It was worth the wait. I got the fillet steak at the end of the day, hun. Arg is a sirloin now, he’s lost so much weight, bless him.”

Read more: Gemma Collins employs an army of staff to put up her Christmas tree – in November

Gemma was referring to Arg’s incredible 11-stone weight loss after he was warned by his doctor to lose weight.

She added: “We’ll never fall out, we’ll always be friends. Rami and I wish Arg nothing but the best, there is no awkwardness.”

Meanwhile, Gemma and Rami seem to be going from strength to strength.

The star said Rami was her “knight in shining armour” when her parents fell ill with COVID-19.

She said: “He would kindly bring us round shopping and come and meet me to go for walks. He always used to put petrol in their cars. He’s been around my family for years.”

The former Dancing On Ice star recently opened up about being a step-mum to Rami’s son Tristan.

Gemma told OK!: “[Tristan’s] going to be so excited and I’ve actually already bought all of his Christmas presents.

“He’s the first one I bought for, so I’ve had to put his presents up in the loft.

“But with children it’s best not to spoil them too much because I think kids need to understand the value of stuff.”