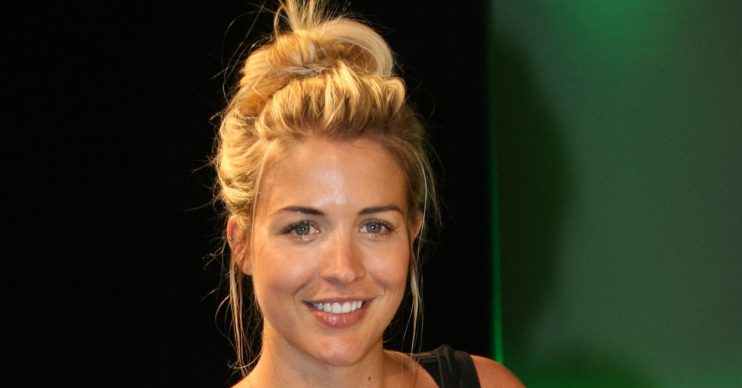 Gemma Atkinson shows off her impressive impersonation of Victoria Beckham

She’s a woman of many talents but that hasn’t stopped former Hollyoaks and Emmerdale actress Gemma Atkinson from branching out into impersonations.

And, posting a picture of herself to her Instagram account, it appears she’s decided to tackle none other than former Spice Girl Victoria Beckham.

During a rather rainy day out with her partner Gorka Marquez in the Lake District, Gemma climbed up onto a bench and pulled off Posh’s infamous – and really rather aerobic – leg in the air pose.

“Lovely photos,” another fan chipped in, and asked: “Are you doing a Victoria Beckham?”

Gemma, however, claimed the pose was the “best way to get the bus to stop”.

Victoria has pulled off the pose on numerous occasions.

She calls it her “morning stretch”.

It’s surely no mean feat for Gemma, who only gave birth to first daughter Mia back in July.

You’re my life now. I will do anything to protect you and everything to make you happy ❤️

She recently admitted that she was only just starting to feel back to her normal self following her C-section.

She said: “I feel really happy. I’m so lucky & so blessed to have my beautiful family and that overshadows everything in my opinion.”