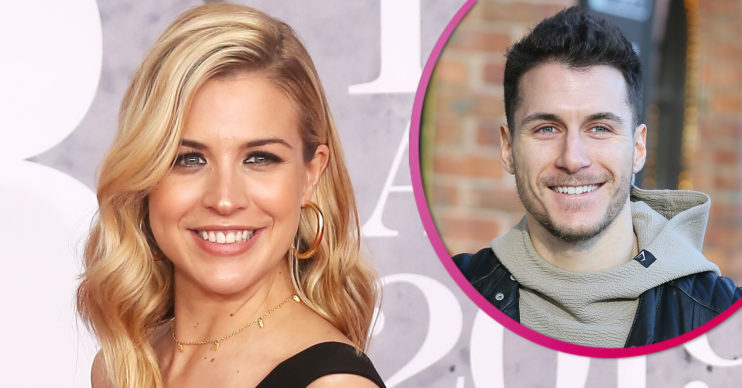 Gemma Atkinson has gushed over Gorka Marquez as he revealed his new bleached hair.

The Strictly Come Dancing pro shared snaps to Instagram to show off his new look.

Gorka has ditched his brunette hair and is now sporting a bright blond colour.

What did Gorka Marquez say?

Meanwhile, former Emmerdale star Gemma shared one of the photos to her Instagram.

She gushed: “He went blonde @gorka_marquez,” followed by heart-eyes emojis.

One person commented: “Love your hair!” while another wrote: “Really suits him.”

A third said: “Love it really suits you.”

Gorka and Gemma began dating in 2017 after she appeared on Strictly Come Dancing.

The couple became parents for the first time when they welcomed their first child, daughter Mia, last year.

Meanwhile, last month, Gemma celebrated her stretch marks as she showed off her body one year after giving birth.

She shared videos in view of her 1.5 million followers.

In the first clip, Gemma shows herself just weeks after giving birth and in the following video she has incredibly defined abs.

What did Gemma Atkinson say?

In the second clip she says: “That video you just scrolled past was taken when Mia was just a few weeks old.

“And I’ve got it on my phone just to remind myself of how amazing your body is really.

“What it’s capable of, what we go through to have a baby. And to show people that it has taken me a year.”

She added: “Mia is now one. And I’ve still obviously got my loose skin, which is expected after a baby.

“But to anyone who is feeling like, ‘Oh I’m never going to be myself again’ or ‘never feel strong again’ – you will! I actually feel physically stronger now than before I had Mia.

“I’m lifting more in the gym, I’m training for longer. I feel better.”