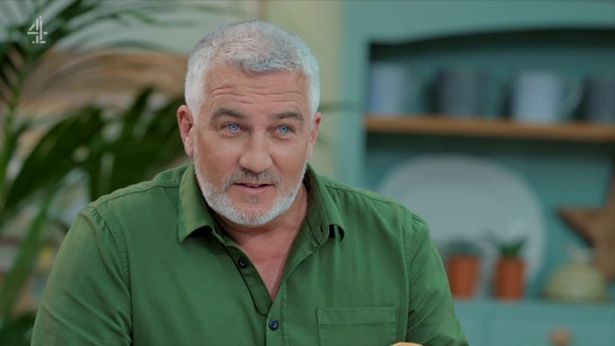 GBBO viewers horrified by how Paul Hollywood eats a burger!

Who uses a fork to eat a burger?

There’s a pretty universal way to eat a burger, isn’t there? You pick it up and bite down on it.

Some people do opt to use a knife and fork by cutting through the bun and the burger, which is perfectly fine, but it’s not the traditionally accepted way to enjoy one.

However, one thing that is definitely not done is to use the fork to just eat the beef burger itself because that’s just a very strange thing to do.

Yet, that’s how Great British Bake Off’s Paul Hollywood eats a burger, and viewers were left aghast by the judge’s bizarre technique.

This took place during the dreaded Bread Week of the new season, which is currently airing on Channel 4.

The new crop of contestants were asked to make burgers in the technical challenge, but they had to make both the beef burger – or patty if you’re American – and the burger bun from scratch.

After watching Paul chowing down, viewers took to Twitter to voice their horror.

One viewer wrote in absolute shock: “Can’t believe Paul got them to make burgers on the Bake Off and now he’s trying them with a fork??”

STOP EATING THE BURGERS SIDEWAYS WITH A FORK #GBBO

It annoys me how they are just taking a fork to the burger. Get stuck in, Paul and Prue! #GBBO

WHO EATS A BURGER WITH A FORK #GBBO pic.twitter.com/vzfNXKoPkG

Dissecting a burger with a fork?
What is this, Silent Witness?#GBBO pic.twitter.com/rKaks4ZQHS

Another said: “STOP EATING THE BURGERS SIDEWAYS WITH A FORK #GBBO.”

A third commented: “It annoys me how they are just taking a fork to the burger. Get stuck in, Paul and Prue! #GBBO.”

One viewer asked: “WHO EATS A BURGER WITH A FORK #GBBO.”

However, fans of the show weren’t done there, with another viewer adding: “Dissecting a burger with a fork? What is this, Silent Witness? #GBBO.”

A fan mused: “What’s even the point in putting the lettuce and tomato in if Paul is gonna scrape off a tiny bit of the burger with a fork #GBBO.”

“I get it’s bread week but Paul eating a burger with a fork #GBBO,” another quipped.

There were countless tweets on the subject as viewers couldn’t believe their eyes, yet this isn’t the first time Paul’s caused a bit of a stir on the show this year.