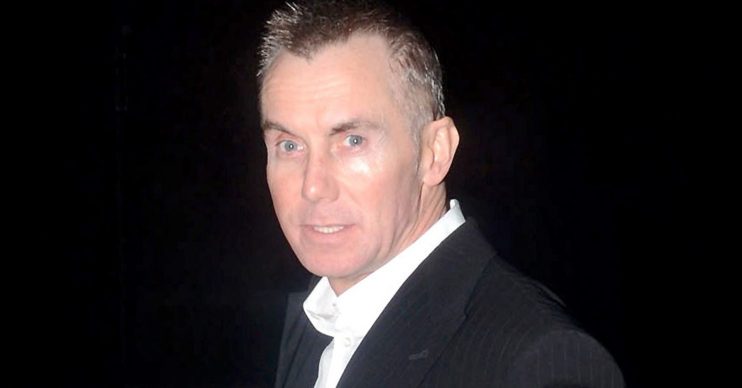 The pair are dressed smartly in suits and smiling, as Gary rests his hand on his adult son’s shoulder.

He captioned the image simply with a blue heart.

The family would like to thank everyone for their support and ask for privacy during this time.

In a statement released this morning, his family said: “The Rhodes family are deeply saddened to announce the passing of beloved husband, father and brother, Gary Rhodes OBE.

A cause of death has not yet been revealed however there are reports that it happened very suddenly, with friend and fellow chef Jamie Oliver suggesting he suffered a fall.

Tributes have poured in from celebrities and chefs who worked with him over the years.

Alongside a smiling image of the chef, Jamie wrote: “Gary was a fantastic chef and incredible ambassador for British cooking, he was a massive inspiration to me as a young chef.”

Sadly Chef Gary Rhodes OBE passed away. My heart felt sympathies to his wife , kids, friends and family, sending love and thoughts ….. Gary was a fantastic chef and incredible ambassador for British cooking, he was a massive inspiration to me as a young chef. He reimagined modern British cuisine with elegance and fun. rest in peace Chef 🙏

Gordon Ramsay sent love and prayers to his family.

We lost a fantastic chef today in Gary Rhodes. He was a chef who put British Cuisine on the map. Sending all the love and prayers to your wife and kids. You’ll be missed Gx

James Martin hailed him a gent and a genius.

Hugely influential in my life and the life of the British food scene. Gent and genius…RIP Gary, I can’t believe you’re gone

Simon Rimmer said Gary had offered him some great advice throughout his career.

tragic news that Gary Rhodes has died. Champion of British food and gave me some of the best advise I’ve ever had at the start of my career. Thoughts and love to Jennie and the boys

Gary, you left us far too soon. A true inspiration and the first to make cookery the new rock ‘n roll. We’ll miss you, mate. Sending my love and thoughts to Jennie and the boys. xx