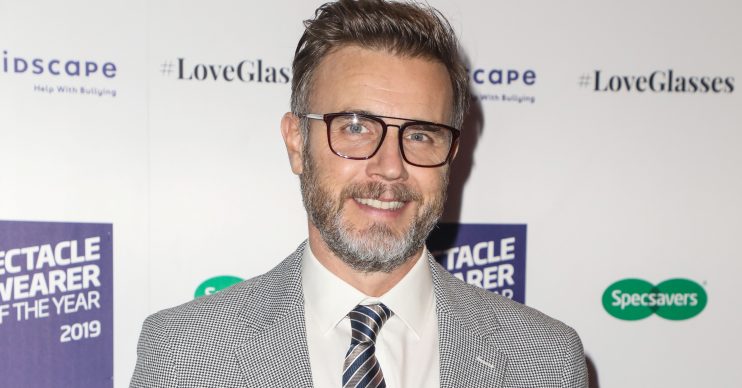 To celebrate his mate's achievement

Take That’s Gary Barlow has wowed fans with a throwback snap of him and former bandmate Robbie Williams.

Gary, 48, shared the photo – taken in 1992 – to celebrate Robbie’s record-equalling 13th career number one album, the most by a solo artist.

We pay tribute to the guy who’s number one for the 13th time @robbiewilliams here’s a shot from 1992 at a gig in Portsmouth. Congratulations mate. #lookatus pic.twitter.com/6U5lNPlxqY

Wearing muscle vests and looking fresh-faced in the throwback posted onto Twitter, Gary captioned the image: “We pay tribute to the guy who’s number one for the 13th time @robbiewilliams.

“Here’s a shot from 1992 at a gig in Portsmouth. Congratulations mate. #lookatus.”

And it wasn’t long before many of Gary’s 4.2million followers took to the social media site to express their joy at the snap.

One follower said: “You’re so beautiful as always Gary sunshine, you’re the sweetest.

“I love this picture.”

Amazing. Love you two so much.

“Amazing. Love you two so much,” another wrote.

Finally a third joked: “What do you mean? Surely that pic was taken last week.”