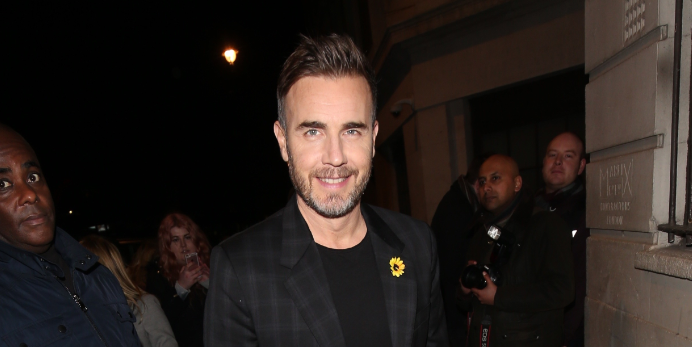 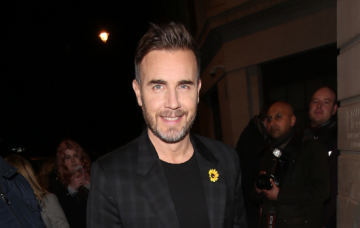 Gary Barlow loves a throw-back snap. He must have a room in his house just filled with old Polaroids!

The Take That singer shared another glimpse into his past life with a gushing anniversary snap of himself with wife Dawn.

The shot shows the youthful looking pair a whopping 23 years ago, snuggled up together on a very 90s looking sofa.

Gary’s clad in a grey jumper and jeans, while Dawn is sporting a blonde pixie crop, black jacket and cream turtleneck.

He captioned the image: “Happy wedding anniversary Mrs. B. 18 fabulous years together. Stronger than we’ve ever been. Here’s to the rest of our lives. Pic taken 1995. #foreverlove”.

The shot was taken a whole five years before the pair got married, as Gary and Dawn tied the knot at this time in the year 2000.

In the image Gary’s rocking his classic floppy fringe – his signature look in the years after Take That’s first breakup in 1996.

It’s far cry from the spiky quiff we’ve come to know and love!

Fans were quick to offer their congratulations, flooding the post with messages of support. 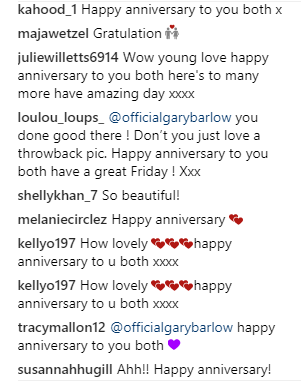 Gary’s not shy when it comes to posting throwback images – recently he also took to Instagram to post a picture with David Bowie, also taken in 1995.

The first anniversary of David Bowie’s death was on Wednesday, which prompted Gary to reminisce on the time he’d met the music legend.

Gaz has recently decided to go on a solo tour, without his Take That bandmates.

In what will be a professional change of pace, he’s touring the UK and Ireland playing small, intimate venues at new locations – rather than the big-budget arena tours of recent years.

As long as he keeps these cute throwback shots coming, he can tour wherever he likes, as far as where’s concerned!