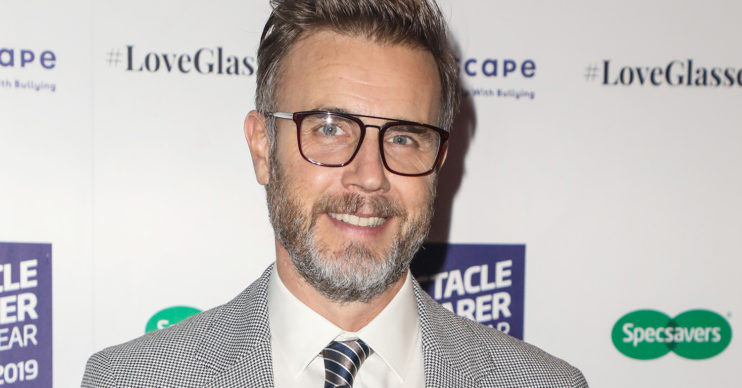 Singer Gary Barlow stunned fans by showing off just how much weight he’s lost since the early noughties.

The Take That singer posted a picture on Instagram of him wearing an old jacket he used to wear back in 2003 and it swamped him!

Back in the day, Gary had gained weight during his time in Take That.

However, he gradually shed the pounds over the years and shaped up.

Writing alongside the snap, Gary said: “Well this is a nice start to the day.

“I was just having a little clear out of a wardrobe and found this beauty circa 2003. Need I say anymore #barlowsbootcamp.”

Well this is a nice start to the day. I was just having a little clear out of a wardrobe and found this beauty circa 2003. Need I say anymore #barlowsbootcamp

Read more: Robbie Williams wants to reunite with Take That ‘in five years’

What did Gary’s fans say?

Gary’s followers rushed to comment on his amazing weight loss, with many just simply commenting: “Wow!”.

“How many sizes have you dropped? Incredible that you can keep the weight off. Respect,” one follower commented.

Another said: “Wow! That’s an amazing difference! Well done you.”

Someone else suggested: “You should auction this off!”

In another nostalgic move, Gary and his Take That band members Howard Donald and Mark Owen have announced that they’re finally reuniting with Robbie Williams again.

The four will be performing a one-off concert from their homes on May 29 for the Compare The Meerkat YouTube channel.

The band formed 30 years ago then Robbie famously quit in 1996.

We’re getting together from home to perform for you all on the 29th May on the CompareTheMeerkat YouTube channel, turn up the speakers and we’ll be dancing and singing in no time ! #MeerkatMusic

Gary and the rest of the Take That boys split in 1997 before Gary, Howard, Mark and Jason reunited in 2005 with Jason leaving the band in 2014.

The foursome will perform a web camera convert to raise money for front line workers amid the coronavirus pandemic, to the delight of their fans.