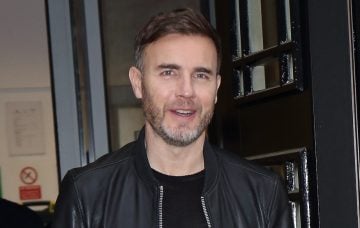 Two of the biggest pop acts around reveal friendship!

When you think of good friends in the world of entertainment, you instantly think Ant and Dec, Mel and Sue, Holly Willoughby and Phillip Schofield.

Two people we didn’t have down as best mates were Take That star, Gary Barlow, and former Neighbours actor, Jason Donovan.

Gary took to Instagram stories with a few cute photos of the pair who were away skiing for the New Year with their families.

Gary’s first post said: “Life would be so boring without this fabulous man!”

Followed by a close up of the pair simply titled, “Happy new year.”

Jason was quick to return the Donovan/Barlow love when he posted on Instagram himself.

He wrote: “Been hanging out with this dude… Great week. Happy New Year x.”

The two men had been away on a festive break with their families in the Alps after a busy 2017.

And it seems that 2018 will be a busy one for them both as well.

Gary will be taking on his solo tour which starts in April, without his Take That buddies Mark Owen and Howard Donald.

Before he does that, the singer has been getting fit and encouraging fans to do the same.

So much so, that the hashtag #barlowsbootcamp is doing the rounds on Twitter.

One of his tweets that he posted from his Alps trip said: “Starting my New Year with a tonne of daily exercise. Working those legs so hard on the slopes. Looking forward to starting #barlowsbootcamp on Monday #joinin.”

Jason, on the other hand, will be resuming his DJ duties on radio station Heart, and revisiting the Midlife Crisis tour that he had to postpone in August last year due to illness.

The tour starts in February and ends in May, and with many gigs sold out, the star was able to add another 11 dates to the tour.

Wonder if they’ll both turn up to support the other one on the road as well?

Now that we would LOVE to ski, sorry, see.