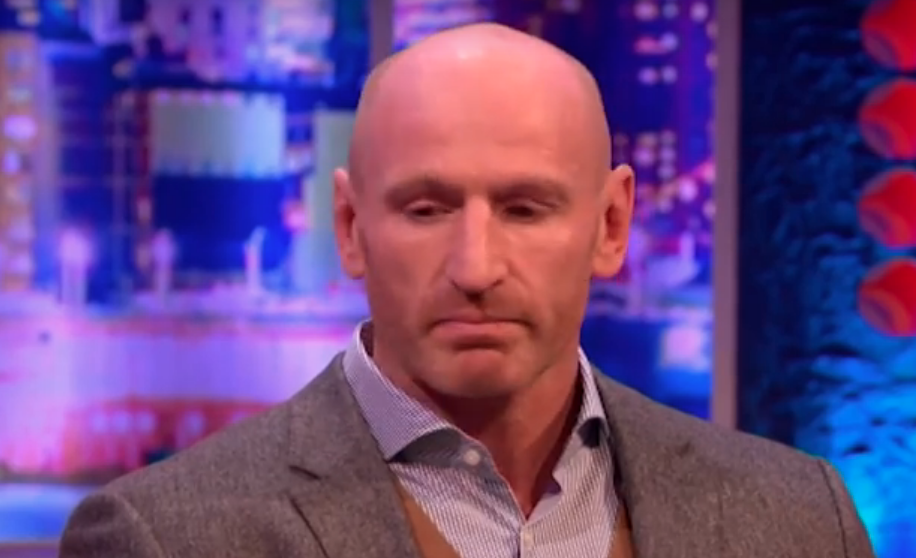 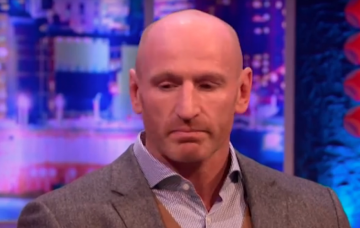 Welsh rugby legend Gareth Thomas has spoken movingly about his desire for justice after being subjected to a violent hate crime.

The hulking 44-year-old addressed his 233,000 Twitter followers today via a short video – but struggled to find the words to express his upset at one point as he recalled the homophobic attack.

Gareth – who has appeared on Celebrity Big Brother, Dancing On Ice and The Jump – also thanked locals for their support following the incident in Cardiff on Friday night.

And although the retired sporting star star appears to have escaped serious injury from the vile assault, cuts and bruising to his face and head were evident in the clip.

“Last night I was the victim in my home city of a hate crime for my sexuality,” Gareth said in the video.

Pausing briefly to compose himself while explaining he wanted to put out a positive message, Gareth continued: “I want to say thank you to the police who were involved and allowed me to do restorative justice to the people who did this.

“I thought they could learn more that way than any other way.”

Turning his attention to the people of Cardiff, Gareth vowed that hate would not win.

“There are a lot of people out there who want to hurt us but unfortunately for them there are more people who want to help us heal,” he said.

In a statement, they said: “We are aware that a video has been posted on social media by former rugby international Gareth Thomas in relation to a hate crime which happened on The Hayes in Cardiff city centre on Friday November 16.

“We can confirm a local 16-year-old boy was dealt with by way of restorative justice following the incident at around 9pm.

“Restorative justice was at the request of Mr Thomas and accepted by the teenager who admitted assault and was apologetic for his actions.”

More power to you, Gareth.