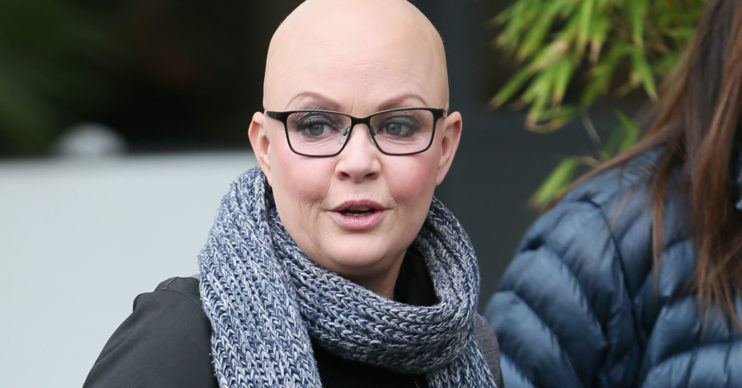 He featured in Gail's BBC documentary

The 49-year-old presenter and model shared the news after a second airing of her BBC documentary, Being Gail Porter.

The show, which first aired in January, features her father Bill.

Speaking about Bill, who lived in Spain, Gail wrote: “Since that documentary, my father passed away, I had him in his wee cremated box by me while I watched.

“Hard but he had a great life.”

However, she admitted watching the documentary without her dad was “tough”.

Gail wrote: “Was tough, having a wee cry. But all good.”

In the documentary, Bill could be seeing telling his daughter that she developed mental health problems because she “moved to London” from Scotland.

Gail has lived with post-natal depression and bipolar disorder and she was sectioned under the Mental Health Act in 2011.

Since that documentary, my father passed away

She also battled anorexia and lost all of her hair after developing the autoimmune condition alopecia totalis.

In the doc, Gail met up with her dad who placed the blame to all her troubles on relocating from Edinburgh to London for her TV career.

Read More:Phillip Schofield ticks off This Morning producer for eating biscuits ‘in his ear’

She previously explained: “My dad lives in Spain, so it was an odd conversation and we got down to the fact that it was my fault for moving to London.

“It was sort of a round about way going, ‘Well if you didn’t move to London…'”

Gail’s TV popularity and beauty led to her becoming a popular pin-up and posing for a number of lads’ mags.

This included the famous FHM issue that made all the news channels due to her bare bum being beamed onto the Houses of Parliament in London in 1999.

Tonight on @BBC2. A wee documentary I made with @ternTV and @BBCScotland. #mentalhealthawareness #bekind

However, Gail’s income started to significantly reduce from 2005 when she was forced to give up modelling because of her hair loss.

She had to file for bankruptcy in 2017, which left her homeless.

At times having to sleep rough on a park bench in Hampstead Heath, London, because she couldn’t afford to rent a property.