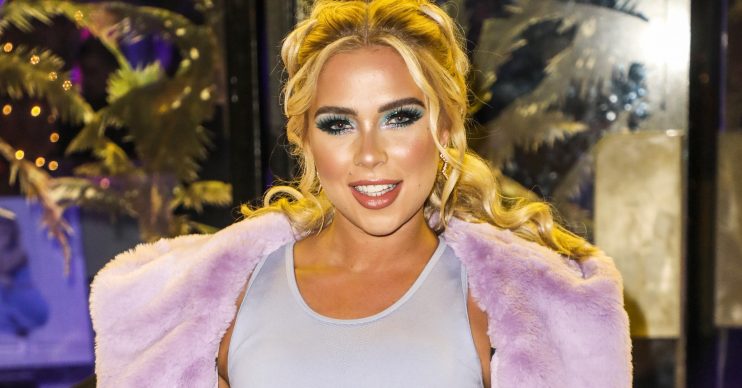 Controversy erupted in the I’m A Celebrity camp last week when former EastEnders actress Jacqueline, 27, threatened to quit the show after campmate Myles Stephenson told her he believed TOWIE star Dan DID have a fling with ex Gabby Allen.

Now Gabby, 26, has broken her silence to put her case forward.

Last week, The Sun reported that Jac said she didn’t want to go on with the show until she’d spoken to him.

Reports then claimed that Dan, 28, had flown out to Australia to confront Myles after becoming enraged at the accusation that he had an affair behind Jac’s back.

Now Gabby has finally broken her silence and addressed the accusations.

Quoting The Sun, The Mirror said that Gabby claims that Dan cheated on her five times while they were together.

He’s a real Jekyll and Hyde character and he doesn’t care what pain and hurt he causes.

She is reported to have said: “He is not a good person otherwise he wouldn’t have treated me so badly. He is a deceitful narcissist and a compulsive liar. He’s a real Jekyll and Hyde character and he doesn’t care what pain and hurt he causes.

“To say something like that to Jacqueline was just cruel. I completely understand that Jacqueline was really [bleep] off by the rumours about me and Dan, and I’m so sorry that I had any part in damaging their marriage.

“It’s devastating. But, hand on heart, Dan and I were never more than friends.”

ED has approached representatives for Gabby, Dan and Jacqueline for comment.

Several days ago Gabby hit out at her ex Myles Stephenson, who is also in the I’m A Celebrity jungle with Jacqueline.

She took to her Instagram Stories to share a picture she had been sent of Myles’ head super-imposed onto the body of a leopard, and she wrote: “OMG I’m dead. I’m not even watching the show but people are sending me things like this.

“I didn’t know cheating, lying and a whole load of other [poop emoji] came under ‘meaningful’. Who knows? Each to their own.”