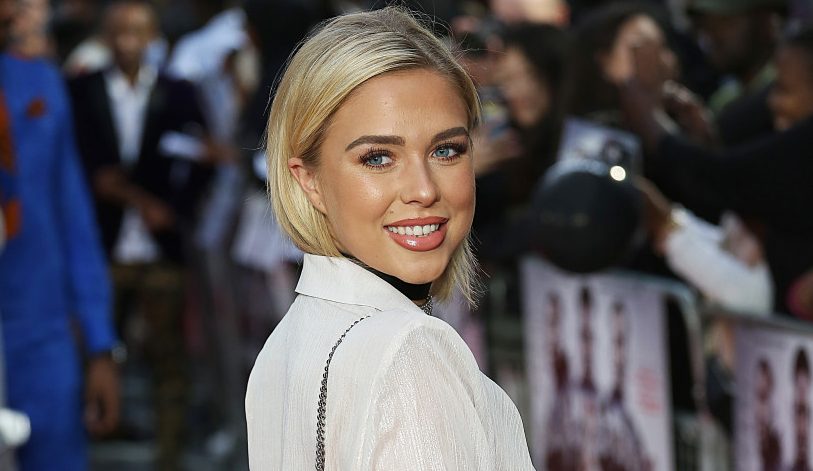 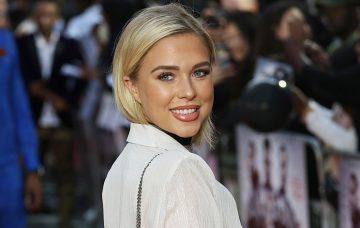 Gabby Allen reveals things are getting serious with Myles Stephenson

They are planning to spend Christmas together!

Celebrity Big Brother’s Gabby Allen and new boyfriend Myles Stephenson have enjoyed another night out on the town, after she revealed things are getting serious between them.

But she’s now revealed they’ve actually been dating for three months and things are serious!

And they were back on the red carpet on Wednesday night, attending a glamorous film premiere in London.

Her musician beau, 27, who won X Factor with Rak-Su last year, went for a crisp white shirt, grey trousers and black shoes with no socks.

They posed for pictures at the premiere of film The Intent 2: The Come Up in Leicester Square, the day after Gabby told The Sun the new couple are already planning to spend Christmas together.

Gabby said things are already serious between them just three months into the romance, and they’ve met each other’s families.

She said: “We’ve already spoke about [Christmas]. His family are going away, so I think he is going to spend it with me and my family. You wouldn’t think we’ve only been dating for three months. We’re looking at holidays together at the moment.”

Gabby added: “He’s got the most amazing hair and eyes, and we just get each other, it’s like I’ve know him for ages.”

There’s no word on whether they bumped into Gabby’s ex Marcel Somerville, who was also in attendance at the premiere.

Gabby and Marcel met on Love Island 2017 but their relationship broke down earlier this year after Marcel was accused of cheating on Gabby while they were on holiday.

He later said he’d “regret” his actions forever and apologised to Gabby for hurting her.

In a twist, Marcel then accused Gabby of sleeping with ex-TOWIE star Dan Osborne, 27, who would go on to star alongside Gabby in Celebrity Big Brother.

Read more: Gabby Allen ‘had to explain herself’ to Dan Osborne’s wife

Both Gabby and Dan have always vehemently denied Marcel’s allegation, saying they are just friends.

Gabby, meanwhile, hinted at a secret romance on the outside world when she told her Celebrity Big Brother housemates she’d been seeing someone but it wasn’t official yet.

Sources named Myles as that “someone”, telling The Sun it was early days but Myles treated Gabby like a “princess” and their friends were hopeful the romance would blossom.

Well, judging from the most recent photos of Gabby and Myles, it certainly appears to be heading that way!

Did you enjoy Gabby as a Celebrity Big Brother housemate? Leave us a comment on our Facebook page @EntertainmentDailyFix and let us know what you think!