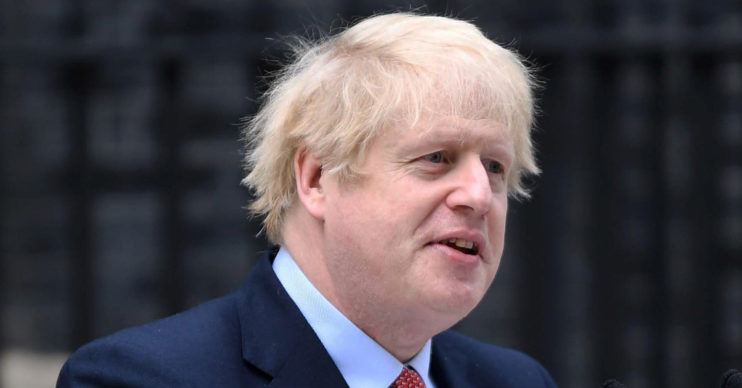 The Prime Minister will award 900,000 with a pay rise - but many key workers are left out.

A pay rise announced by Boris Johnson for almost a million workers across the UK has left many furious.

It will take the average salary of a public sector worker to that of £31,844.

This is £2,000 more than the average private sector employee.

However, this pay rise has left many fuming – as it seems to leave out hundreds of thousands of essential workers.

This includes nurses and care workers, whom have proven themselves invaluable throughout the pandemic.

Read more: Scientists cast doubt on UK ‘back to normal by Christmas’

Those disgruntled have taken to social media to express their dismay.

On Twitter, one user argued: “Hey @BorisJohnson can you explain why only doctors are getting pay rises?

“What about the nurses and support staff at hospitals? Do you not think they deserve this? I know NHS staff who went above and beyond daily, some got COVID due to their dangerous frontline work. #payrise.”

Another lamented that retail workers should also be included: “No #payrise for retail staff who risked themselves through the panic buying and the peak, listened to the pleas of countless elderly customers who couldn’t get food, coordinated with charities to donate tonnes of food to the vulnerable, risk their jobs to protect their loved ones.”

A third sarcastically shared: “To all the nursing staff, porters etc who feel a bit deflated after this morning’s news that we are not having a pay rise… let’s remember we had a clap every Thursday and 1 per cent off B&M, let’s not be greedy.”

And a fourth declared: “#payrise what a joke! Carers already forgotten about again, it’s really depressing when the government don’t think we deserve anything more than minimum wage!”

Others ranted over teachers receiving a pay rise. Some argued that as many teachers have been furloughed or working from home during lockdown – they aren’t as worthy as other workers for a pay increase.

One user tweeted: “Teachers sit at home half the year and get a pay rise but nurses don’t? I think a protest or a downing of tools needs to happen. #payrise.”

And another argued: “So all teachers are getting a 3.1 per cent #payrise, what about all the support staff that also worked during the pandemic supporting schools and students?”

Our teachers, doctors, armed forces personnel, and public sector workers have responded to the unprecedented challenges of coronavirus. To recognise their efforts on the front line, we will be increasing their pay this year.

However, dozens of others have jumped in to defend teachers. Many argue that all public sector workers are deserving a pay rise, and therefore those receiving one shouldn’t be ostracised.

A user ardently wrote: “It is scandalous that nurses and care workers aren’t getting a #payrise. However, please do not come for teachers. Most of whom have been working harder than you realise during the pandemic. Some teachers I know have been in school the whole time, including the holidays.”

And another defended teachers with: “For those people saying teachers don’t deserve a pay rise: 1. This is years, possibly decades overdue, teachers’ pay has not moved with inflation for far too long. 2. Teachers HAVE worked throughout the pandemic, most through their holidays.”